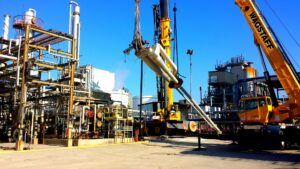 MEPs adopted an overhaul of EU gas market rules on Thursday with 465 votes to 95, and 68 abstentions to extend EU rules (including EU competition rules) to all pipelines entering the EU from non-EU countries.

The amended rules will create a more competitive EU gas market by making sure that the ownership of pipelines entering EU territory is separate to that of gas supply. Pipelines must become accessible to other operators, as is already the rule for internal EU gas pipelines. Consumers would benefit from more competition and hence lower prices.

This revision also clarifies the legal framework for any future pipeline projects with non-EU countries, including with the UK when it becomes a non-EU country.

The amended rules give exclusive competence to the EU when it comes to agreements on new EU gas lines with non-EU countries, also for granting exemptions. The Commission may authorise the member state, in which the pipeline’s first entry point is located, to open negotiations on gas delivery from a new pipeline from a non-EU country, unless it considers this to be in conflict with EU law or detrimental to competition or security of supply. It shall consult other EU countries concerned before proposing an exemption from EU rules and it is up to the Commission to decide whether to grant the exemption.

Following formal approval by EU ministers, the directive will be published in the Official Journal of the EU and enter into force 20 days later. Member states will have nine months to bring their national legislation in line with this directive.

The EU currently imports over 70% of its consumption of natural gas mainly from Norway, Russia and Algeria mostly through pipelines.