The fourteenth meeting of the Jordan-EU Association Council took place in Jordan.

It reviewed the state of EU-Jordan bilateral relations, focusing on the implementation of the EU-Jordan Association Agreement.

The Association Council adopted the new EU-Jordan Partnership Priorities until 2027 and, during an informal discussion, held a political dialogue on regional and international issues.

After the Council, High Representative Borrell said: “We have reconfirmed the strong partnership and friendship between the European Union and Jordan by agreeing new Partnership Priorities that will guide our cooperation until 2027. Jordan is the first country in the Southern Neighbourhood with whom we sign in this round, which shows the special relations and trust between us. It is also why we made an exception and came to Jordan to hold this meeting, which is otherwise held in the EU.”

He added: “We will work together on regional stability, economic stability and the rule of law. We will help Jordan address water, energy and food crises. Jordan can count on our friendship and assistance.”

After the meeting, the EU and Jordan issued a joint press statement:

The fourteenth meeting of the Association Council of the European Union and Jordan took place in Jordan on 2 June 2022, the first such event to be held in Jordan, confirming the strong and lasting partnership between the two parties, including the decade-long co-presidency of the Union for the Mediterranean.

The Association Council adopted new Partnership Priorities to guide the relationship until 2027, in line with the new EU Agenda for the Mediterranean and its Economic and Investment Plan. The EU and Jordan will, thus, further deepen their dialogue and their collaboration around three objectives: strengthening cooperation on regional stability and security; promoting sustainable economic stability, and strengthening good governance and respect for human rights.

The EU informed that the Multi-Annual Indicative Program 2021-2027 is nearly finalised and expected to be adopted in Summer 2022. A first tranche of € 364 M will be made available to support Jordan’s reforms in three priority areas, in line with the Partnership Priorities: green transition and a resilient economy, human development, and good governance.

It was highlighted that the EU will support the areas of renewable energy, energy efficiency and management of water resources in Jordan.  In this vein, the EU will support key flagship projects of the Economic and Investment Plan, such as the Aqaba-Amman Water Desalination and Conveyance (AAWDC), which will benefit from a first EU contribution of € 50 M. The EU also confirmed its readiness to support the upgrade of the King Hussein/Allenby bridge. Moreover, the EU and Jordan have launched an investment platform to mobilize investment in Jordan, which will be crucial for the implementation of the Economic and Investment Plan. The EU and Jordan discussed  the third Macro-Financial-Assistance (MFA). The EU welcomed the compliance with the conditions for the first and second disbursements under its third (MFA) and are working towards the third and final tranche.

The EU welcomed Jordan’s continued ambitious political modernization and economic reform agenda and stressed it will continue to support this agenda, aiming at further strengthening political participation and accountability as well as creating the conditions for increased investment and job creation.

On regional and global matters, the EU recognised the stabilising factor Jordan represents in this region. The EU and Jordan will continue to cooperate and coordinate efforts to address regional crises and achieve stability and security. They reiterated that the only path to a just, lasting and comprehensive resolution of the Israeli-Palestinian conflict is the two-state solution that ends occupation and leads to the establishment, of an independent, , contiguous, sovereign and viable Palestinian State, on the lines of 4 June 1967, with East Jerusalem as its capital, living side by side with the State of Israel in peace, in accordance with international law and UN Security Council  resolutions. They warned of the danger inherent in the absence of a political horizon to end the conflict and emphasized the necessity of relaunching serious and meaningful negotiations to achieve the two-state solution and restore confidence in the Middle East peace process. They condemned the construction and expansion of settlements, confiscation of land and forced evictions of Palestinians from their homes, as illegal measures under international law, that undermine the viability of the two-state solution and the prospects for peace.

The EU and Jordan also reiterated the importance of upholding the historic status quo for the holy sites in Jerusalem, including with regards to the historic Hashemite Custodianship.

The EU and Jordan also stressed the crucial role of the United Nations Relief and Works Agency for Palestine Refugees (UNRWA) for security and stability in the region, in accordance with its UN mandate, and expressed their commitment to continue supporting the Agency. In this regard, the EU recalled the EU and UNRWA Joint Declaration of 17 November 2021.

Recognizing Jordan’s extraordinary generosity in hosting Syrian refugees over a decade and the adverse impact of the Syria crisis on the country, the EU reaffirmed its commitment to continuing to provide assistance to Jordan and the Syrian refugees , as recently also shown by the significant pledges mobilised by the Brussels VI conference on the future of Syria and the region; Jordan thanked the EU for its key support to refugees and host countries. The two sides emphasized the need to uphold the principle of burden sharing and global responsibility in supporting refugees and providing them with needs and dignified lives, until the conditions allow for their safe and voluntary return. The EU commended Jordan’s extraordinary efforts in providing refugees with a dignified life and opportunities.  The EU and Jordan stressed the necessity of ending the Syrian crisis through a political solution in accordance with UN Security Council Resolution 2254, preserving the unity and territorial integrity of Syria, ensuring the enduring defeat of terrorism, alleviating the humanitarian suffering of the Syrian people, and leading to conditions conducive to the voluntary, dignified, and safe return of refugees. They agreed that achieving this solution is key to regional stability.

Recalling United Nations General Assembly resolutions ES-11/1 and ES-11/2, the EU and Jordan call on the Russian Federation to immediately, completely and unconditionally withdraw all of its military forces from the territory of Ukraine within its internationally recognized borders. Both parties reaffirmed their commitment to the sovereignty, independence, unity and territorial integrity of Ukraine within its internationally recognized borders in accordance with the UN Charter. They condemned all violations of international humanitarian law and violations and abuses of human rights in conflict areas, and called for strict respect for international humanitarian law

The EU and Jordan expressed concern about the potential impact of the conflict on increased food insecurity globally, as well as on global supply chains and energy and commodity price hikes. The EU showed its solidarity with Jordan via its initiative for a regional “Food and Resilience Facility” worth EUR 225 million to address short and medium term needs in the Southern Neighbourhood, with an allocation of EUR 25 million for Jordan.

The EU and Jordan emphasized the importance of supporting the stability of Iraq as key to regional stability.

They recognized that terrorist groups and terrorist ideologies and the culture of hate remain significant challenges that demand systematic and coordinated strategies to counter them. They stressed their commitment to continue fighting terrorism in all its forms to ensure the enduring defeat of all terrorist groups, including through cooperation within the global coalition to fight ISIS.

The meeting was co-chaired by Josep Borrell, High Representative of the Union for Foreign Affairs and Security Policy / Vice-President of the Commission, and by Ayman Safadi, the Deputy Prime Minister and Minister of Foreign Affairs and Expatriates of Jordan in the presence of Oliver Varhelyi, the Commissioner of European Neighbourhood Policy and Enlargement Negotiations, and the Jordanian Minister of Planning and International Cooperation, Mr. Nasser Shraideh, the Minister of Justice, Mr. Ahmed Ziadat, the Minister of Industry and Trade and Supply, Mr. Yousef Alshamali, the State Minister for Legal Affairs, Mrs. Wafaa Bani Mustafa, as well as the EU Member State Foreign Ministers Mr. Ioannis Kasoulides from Cyprus, Mr Nikos Dendias from Greece, Mr. Simon Coveney from Ireland and Mr. Jean Asselborn from Luxembourg. 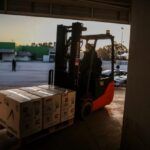