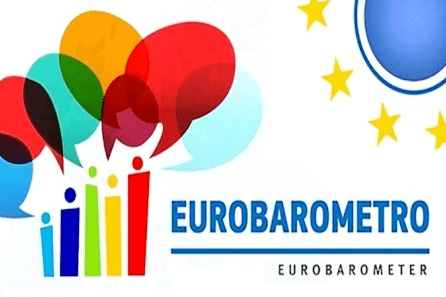 In the latest public opinion survey, four out of five respondents (81%) say the EU should only provide funds to Member States that respect the rule of law and democratic values.

Parliament President David Sassoli said: “The European Parliament has been clear that EU Recovery Funds should not go to governments that do not respect core democratic values or uphold the Rule of Law. This survey confirms that an overwhelming majority of EU citizens agree. If you consistently undermine EU values, you should not expect EU funds.”

A Eurobarometer survey published today by the European Parliament ahead of the State of the European Union event on 15 September shows clear public support for transparency and effective control of EU funds disbursed in the framework of the NextGenerationEU programme. According to the survey, 53% of citizens fully agree that there must be effective control, with a further 32% tending to agree. Only 8% of respondents on EU average do not share this opinion. This is a position shared by the European Parliament, currently closely assessing the national plans with the Commission to ensure these funds are used in line with the objectives of a greener, more digital and resilient European society.

Citizens assess the premise of the European Union’s 800 billion Euro recovery programme positively: Three out of five citizens (60%) believe the NextGenerationEU projects will help their country to overcome the economic and social damage brought about by the coronavirus pandemic. 59% of citizens also say that the programme will help their country to be better prepared for future challenges. In this light, the survey also shows 53% of European citizens have a positive image of the European Union, with only 19% having a fairly or very negative image.

Yet survey results suggest concerns in a range of EU countries on how well national governments will actually use these additional EU funds. While on average 45% of citizens trust their national governments in this regard, 41% of respondents express doubts, showing significant differences in trust levels across the EU. [Possible place to add national specific data]

Public opinion also clearly supports the position taken recently by the European Parliament in the debate on the need for conditionality, control and transparency.

This is reflected in citizens’ continued support for the respect for the Rule of Law as condition for the provision of EU funds. Four out of five citizens (81%) agree that ‘the EU should only provide funds to Member States conditional upon their government’s implementation of the rule of law and of democratic principles’. Survey results show a uniformly high level of support for this position throughout all EU Member States with comparatively few variations. Respect for the Rule of Law is a major concern for the European Parliament.

Asked which issues the European Parliament should pursue as its political priorities, respondents put actions against climate change back in first place, backed by 43% of citizens. Further priorities considered by respondents (which match Parliament’s priorities for the post-pandemic recovery) are measures to fight poverty and social exclusion (32%), support for the economy and to create new jobs as well as fight against terrorism (both 31%). Public health as well as migration and asylum come in joint fourth position with 27% each. It is noteworthy that citizens of Hungary and Poland put the item ‘democracy and the rule of law’, which on EU average comes in eighth position, on the very top of their priorities for the Parliament (2nd in Poland, 3rd in Hungary).

This “Flash Eurobarometer” survey was conducted for the European Parliament by Ipsos European Public Affairs from 17 – 25 August 2021, online with 26.459 respondents aged 15 years and older, in all 27 Member States. The sample size per country was 500 interviews in LU, CY, MT and 1000 interviews in all other EU countries.

You can find a detailed presentation of the survey results, national factsheets as well as the complete data tables here: