Role: Provides funding for projects that help to achieve EU aims, both within and outside the EU
Board of Diretors: Comprises one director per EU country, plus one from the European Commission
President: Werner Hoyer
Year established: 1958
Location: Luxembourg

The European Investment Bank (EIB) is jointly owned by the EU countries. It seeks to:

What the EIB does?

The Bank borrows money on capital markets and lends it on favourable terms to projects that support EU objectives. About 90 % of loans are made within the EU. None of the money comes from the EU budget.

The EIB provides 3 main types of products and services:

The EIB makes loans above EUR 25 million directly. Where smaller loans are involved, it opens credit lines for financial institutions that then lend funds to creditors.

All EU countries are shareholders in the EIB. Decisions are taken by the following bodies:

The Audit Committee checks that EIB operations are conducted in a proper manner.

How does the EIB work?

It makes borrowing and lending decisions, based on the merits of each project and the opportunities offered by financial markets. Within the EU, it has specific lending priorities. Outside the EU, it supports the EU development and cooperation policies worldwide.

As an independent body, the Bank takes its own borrowing and lending decisions. It cooperates with other EU institutions, especially the European Commission, the European Parliament, and the Council of the EU. 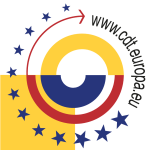