Role: Voice of EU member governments, adopting EU laws and coordinating EU policies
Members: Government ministers from each EU country, according to the policy area to be discussed
President: Each EU country holds the presidency on a 6-month rotating basis
Year established: 1958 (as Council of the European Economic Community)
Location: Brussels (Belgium)

In the Council of the EU, informally also known as the Council, government ministers from each EU country meet to discuss, amend and adopt laws, and coordinate policies. The ministers have the authority to commit their governments to the actions agreed on in the meetings.

Together with the European Parliament, the Council is the main decision-making body of the EU.

Not to be confused with:

What does the Council do?

There are no fixed members of the EU Council. Instead, the Council meets in 10 different configurations, each corresponding to the policy area being discussed. Depending on the configuration, each country sends their minister responsible for that policy area.

For example, when the Council meeting on economic and financial affairs (the “Ecofin Council”) is held, it is attended by each country’s finance minister.

Who chairs the meetings?

The Foreign Affairs Council has a permanent chairperson – the EU High Representative for Foreign Affairs and Security Policy. All other Council meetings are chaired by the relevant minister of the country holding the rotating EU presidency.

For example, any Environment Council meeting in the period when Estonia holds the presidency will be chaired by the Estonian environment minister.

Eurozone countries coordinate their economic policy through the Eurogroup, which consists of their economy and finance ministers. It meets the day before Economic & Financial Affairs Council meetings. Agreements reached in Eurogroup gatherings are formally decided upon in the Council the next day, with only ministers of Eurozone countries voting on those issues.

How does the Council work?

To block a decision, at least 4 countries are needed (representing at least 35% of total EU population) 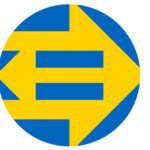 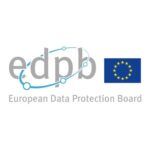