Researchers from across Europe will now have even more opportunities to use the Joint Research Centre’s state-of-the-art facilities: after a first round of the open access initiative, in which nearly 100 eligible proposals were received from 92 research institutions, further laboratories of the Commission’s in-house science and knowledge service are now available to external scientists. They will now also be able to run experiments on zero emission energy solutions and nuclear safety. With this initiative, the JRC aims to boost scientific research and competitiveness as well as increasing cooperation between European researchers.

Since the Joint Research Centre (JRC) first opened its facilities in 2017, scientists from 21 EU and 3 neighbouring countries have been running experiments in 12 of the JRC’s laboratories in Geel (Belgium), Ispra (Italy) and Karlsruhe (Germany). The initiative is now being extended to Petten (the Netherlands), home to the JRC’s energy and transport research laboratories. Researchers from EU countries and countries associated with the Horizon 2020 research programme are invited to apply before 30 September.

Hydrogen is one of the most promising alternative fuels, as it produces no carbon dioxide emissions. However, the technology is in its infancy and needs to be developed before it can be used instead of conventional fossil fuels. In Petten, researchers will conduct experiments on fuel cells and gas tanks under different environmental conditions.

The JRC is also opening two state-of-the-art laboratories designed for research on actinide materials in Karlsruhe. Actinide elements are the backbone of nuclear technologies, such as energy, space exploration or medical treatments. Scientists will be able to conduct exploratory research to help develop new nuclear equipment or materials.

From September, the JRC will also make accessible several of its European facilities for nuclear reaction and decay data measurements in Geel. Such measurements help to make nuclear reactors and the handling of nuclear waste safer, and enhance radiological protection for citizens and the environment.

The latest opening of facilities follows a successful first two years of sharing the JRC’s research infrastructure, with 12 completed projects and over 30 ongoing. Results of the first experiments are already having an impact.

A dedicated public portal has been set up with information on all aspects linked to the JRC Research Infrastructure Open Access initiative, including the publication of calls for proposals, information on the conditions and criteria for access as well as the submission process. The JRC will not make a profit from opening up its facilities to outside users.

Factsheet on the Joint Research Centre 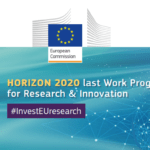