The policy brief investigates convergence patterns in gender equality as measured by EIGE’s Gender Equality Index among Member States over the period 2010–2018. It looks at gender equality in the EU in six core domains: work, money, knowledge, time, power and health. It finds that it was achievements in the domain of power that drove the overall progress in gender equality between 2010 and 2018. This domain covers the representation of women and men in a range of the highest decision-making positions across the political, economic and social spheres, with striking improvements in gender balance on company boards in several Member States (notably France, Italy, Belgium and Germany) acting as a major driving point.

At national level, Sweden ranked first in advancing gender equality throughout the entire period, while Greece struggled the most. Several Mediterranean Member States and some of the Baltic Member States were among those catching up most with the EU average. In Italy, Cyprus, Malta and Portugal, the Index increased by more than 7.5 points. Among the Baltic Member States, Estonia recorded the most impressive rise – 7.3 points. Progress among central and eastern Member States was less encouraging, with several countries in this region improving their performance at a slower pace than the EU average. Czechia, Hungary and Poland, for example, were virtually in the same position in 2018 as eight years earlier.

Speaking on the publication of the joint policy brief, Carlien Scheele, Director of EIGE, spoke about the need to progress gender equality beyond the workplace: ‘COVID-19 has put gender equality at a crossroads, with measures to contain the pandemic taking a heavy and disproportionate toll on women’s employment and increasing the time required for caring responsibilities. In rebuilding after the pandemic, it will be crucial to ensure that recovery measures are gender-sensitive and that greater equality is achieved in both paid and unpaid work. Workers in the care sector, who are mostly women and proved vital for our survival during the pandemic, deserve better pay and working conditions. Improving the conditions and status of care work could also attract more men to these jobs, which are critical for the future of Europe, especially in light of Europe’s ageing population.’

Ivailo Kalfin, Eurofound Executive Director, emphasised that the economic shocks created by COVID-19 are likely to derail labour market progress on gender equality, and contribute to future disparities: ‘Gender segregation in the labour market has left women disproportionately exposed to the economic turmoil created by COVID-19. It is necessary to take action to promote participation of women in male-dominated fields such as STEM and ICT, as well as to bring more men into female-dominated areas, such as the education and care sectors – not just that labour market impacts are shouldered more evenly, but also to benefit from the economic dynamism and potential that this can create.’ 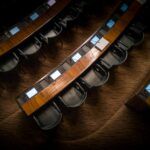 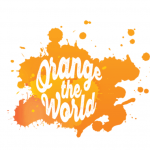