The European Commission has announced today €10 million more to respond to one of the worst Desert Locust outbreak in decades in East Africa. The outbreak could have devastating consequences on food security in an already vulnerable region where 27.5 million people suffer from severe food insecurity and at least 35 million more are at risk. 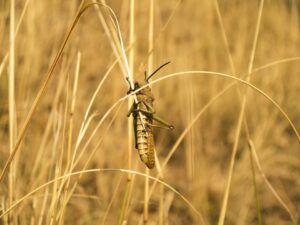 The UN’s Food and Agriculture Organisation (FAO) has formulated a response plan, but country interventions must be rapidly scaled-up to support national governments of the affected countries. A narrow window of opportunity exists now to contain this disastrous outbreak and protect the livelihoods of millions of vulnerable people across East Africa and beyond.

The EU response, working alongside partners in the Global Network Against Food Crises, has been swift. This partnership includes the EU, FAO, the World Food Programme and other stakeholders and was created to facilitate sustainable solutions to food crises across the globe.

The EU’s €10 million contribution announced today is in addition to the €1 million already mobilised from humanitarian funds. The EU will follow a joint humanitarian-development approach to tackle the crisis and protect livelihoods.

The Desert Locust is considered the most destructive migratory pest in the world. Crop and food losses in affected areas can be enormous, generating direct dramatic negative impacts on agriculture and livelihoods.

The situation has rapidly deteriorated over the past month in East Africa. The long rainy season which will start in March, will bring with it a new wave of breeding and further spreading in the region. Damages to crop and pasture are already being reported across Kenya, Ethiopia and Somalia, the three most affected countries, but losses may quickly spread to other neighbouring countries, particularly Djibouti, Eritrea, South Sudan, Tanzania and Uganda. Yemen, Sudan, Iran, India and Pakistan are also at risk.

The Global Network Against Food Crises

Humanitarian Aid: €64 million for most vulnerable in Southern Africa

Humanitarian Aid: €64 million for most vulnerable in Southern Africa