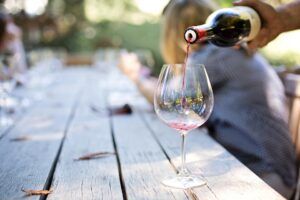 Ahead of this deposition, the European Parliament and the Council expressed their support towards the EU becoming a member through a positive vote in the Parliament on 17 September 2019 and the Council’s adoption of the legal package on 7 October 2019. The legal package includes the legal basis for the EU’s accession as well as the rules on how the EU will operate as a member of the Geneva Act.

The Lisbon Agreement for the Protection of Appellations of Origin and their International Registration, which currently comprises 28 members including seven EU Member States, offers a way to secure protection for appellations of origin (AO), a subset of GIs, through a single registration. The Geneva Act modernises the 1958 Lisbon Agreement, extends its scope from AOs to all GIs, and allows international organisations, such as the European Union, to join. EU membership in the Geneva Act will make EU GIs eligible for high-level protection by other parties of the Geneva Act.

When should it be active

What is a geographical indication and what does it serve for

GIs designate a product originating from a specific geographical area with qualities or characteristics that are essentially linked to the geographical origin, including natural and human factors. GIs also serve to distinguish and reinforce cultural contributions and reward the creativity of traditional know-how. A term registered as a GI – in the EU as a protected geographical indication (PGI), or protected designation of origin (PDO) – can therefore only be used by producers located in the designated area.

Over 3,000 names of wines, spirits and food products from EU countries and non-EU countries are currently registered in the EU, such as Chianti wine, Holland Gouda, Bayonne ham and Ouzo.