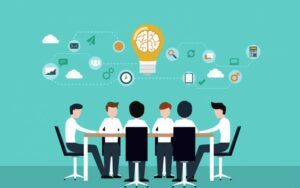 Global competition is intensifying and Europe needs to deepen its innovation and risk-taking capability to compete on a market increasingly defined by new technologies. That is why the Juncker Commission is introducing a European Innovation Council (EIC) to turn Europe’s scientific discoveries into businesses that can scale up faster. Currently in its pilot phase, the European Innovation Council will become a full-fledged reality from 2021 under the next EU research and innovation programme Horizon Europe.

The Commission launched in 2017 the pilot phase of the European Innovation Council, introducing open competitions and face-to-face interviews to identify and fund Europe’s most innovative start-ups and SMEs.Since then, 1276 highly innovative projects have already benefitted from an overall funding of over €730 million.

Given the growing economic importance of breakthrough and disruptive innovation, and based on the early success of the EIC pilot, the Commission has proposed to dedicate €10 billion to the EIC under Horizon Europe, the EU research and innovation funding programme for 2021-2027.

With only 7% of the world’s population, Europe accounts for 20% of global R&D investment, produces one third of all high-quality scientific publications, and holds a world leading position in industrial sectors such as pharmaceuticals, chemicals, mechanical engineering and fashion. But Europe needs to do better at turning that excellence into success, and generating global champions in new markets based on innovation. This is particularly the case for innovations based on radically new technologies (breakthrough) or markets (disruptive).

In June 2018, the Commission proposed the most ambitious Research and Innovation programme yet, Horizon Europe, with a proposed budget of €100 billion for 2021-2027. The proposal builds on the Commission’s contribution to the EU Leaders’ meeting on 16 May in Sofia “A renewed European Agenda for Research and Innovation – Europe’s chance to shape its future“, which highlighted the need to create a European Innovation Council and other steps to ensure Europe’s global competitiveness.

The conclusions of the European Council of 28 June 2018 endorsed the setting up of the EIC under the next long-term budget (2021-2027). EU leaders invited the Commission to launch a new pilot initiative on breakthrough innovation within the remaining period of Horizon 2020, in order to pave the way for a fully-fledged EIC in Horizon Europe.

The European Innovation Council is part of a wider ecosystem that the EU is putting in place to give Europe’s many entrepreneurs every opportunity to become world leading companies. Other initiatives include a Pan-European Venture Capital Funds-of-Funds programme (VentureEU), the Investment Plan for Europe (EFSI), the work of the European Institute for Innovation and Technology, the Capital Markets Union Action Plan to improve access to finance or the proposal for a Directive on business insolvency.