We want to see great films – it doesn’t matter what your budget is or what genre you’re working in. The competition is open to anyone from anywhere in the world, and entry is absolutely free – but there is ONE simple rule:

Your film MUST be 90 seconds or less in duration. 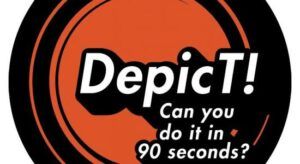 International short films competition offering young filmmakers worldwide the opportunity to showcase their talent during the Encounters Short Film & Animation Festival and getting a chance of winning up to £2,500 prize money, invaluable industry exposure and other exclusive prizes.

Short films should be 90 seconds or less in duration, of any productions techniques (except for advertisements) and completed after January 2018.

If the original language is not English, the film must include subtitles. Each entrant can submit up to ten entries.