Digital technologies allow us to enjoy very interesting cultural proposals from home. The net can become the family’s best friend and make the days of confinement decreed on the occasion of the Coronavirus more enjoyable. 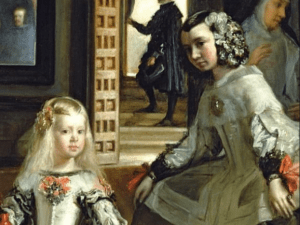 We offer you a small selection of virutal places full of cultural heritage that can help you cope with isolation at home:

The Prado Museum opened to the public on November 19, 1819 as the Royal Museum of Painting and Sculpture. In 2019,   Bicentennial was celebrated, a commemoration that revealed the path travelled from 1819 to today. On this special occasion, the museum wanted to reflect on the future and future challenges of this and the other great museums of ancient painting: the need to attract social groups that are not traditionally attracted to the collections, to encourage research studies on gender and minorities or the challenges posed by massification. Furthermore, the Prado Campus is expected to be completed in the coming years, adding the last building, the Salón de los Reinos, the former Palacio del Buen Retiro, an addition that will imply a rethinking of the current exhibition of the collections. The plan of activities for the bicentennial reinforces the usual program of the Prado Museum, insisting on the aspects mentioned above.

The Louvre Museum is France’s national museum devoted to art before Impressionism, both fine arts, archaeology and decorative arts. It is one of the most important in the world. It is located in Paris, in the former royal palace of the Louvre, and currently promotes two sub sites, in Lens and Abu Dhabi.

The British Museum is a museum in the city of London, United Kingdom, one of the most important and visited museums in the world. Its collections cover diverse fields of human knowledge, such as history, archaeology, ethnography and art.

The Hermitage Museum in St. Petersburg, Russia, is one of the largest art and antique museums in the world.

The New York Metropolitan Opera is an opera company and theater located in New York’s Lincoln Center. It is one of the most important opera houses in the world, with a cast of American and international stars. You can consult its program and videos here

The Opéra of Paris is a French musical institution, successor to the one founded in Paris by Louis XIV in 1669 under the name of Académie Royale de Musique. It is one of the oldest institutions of its kind in Europe. Consult its offer here

The Vienna State Opera, located in the Austrian city of Vienna, is one of the most important opera companies in the world. Until 1920 it was called the “Opera House of the Imperial and Royal Court of Vienna”. It is the nerve centre of Viennese musical life and one of the poles of attraction in the world of music. Check out its online concert offer here

RTVE.es A la Carta presents all the news programmes, series and documentaries that are broadcast online on Spanish Television and Spanish National Radio. You can consult it here

If music is your thing, the music group Radio Head offers you an official online resource that contains everything they have done with a very original and dynamic design. Check out their videos, music, artwork, websites, etc here