COVID-19: Now, we are either a Union or we are nothing

The COVID-19 outbreak has turned into a fast-moving emergency, figures and measures are constantly changing across Europe and the world, affecting all levels of society.

Not since the end of the Second World War, has the global community faced such a dramatic crisis. No government in Europe or elsewhere can possibly think to solve such a pandemic alone. All the Member States must come together, to support each other and to coordinate a concerted action. A piecemeal approach by the individual Member States is a sure recipe for disaster. If we get this wrong, we may not have another opportunity to get it right.

While our thoughts go to those who have been directly affected by the pandemic, we pay tribute to the many people, not only in the health sector, that are fighting against the COVID-19, displaying courage and an unbelievable sense of responsibility. Their efforts have to be supported and praised, while guaranteeing health and safety measures for all of them.

The EU institutions must ensure equal distribution of medical equipment in all affected Member States.  The Covid-19 outbreak shows how urgent and fundamental is to strengthen a universal and solidarity based public health system in order to guarantee access to health services to every citizen.

But solidarity has to be strengthened at all levels. EU citizens need concrete measures capable of delivering an urgent coordinated and common response to reduce the spread of the virus. Containing the virus as much as possible will prevent an overburdening of our national healthcare systems, while also buying time for the development of a vaccine and potential treatments.

We salute the first package of measures that the European Commission is putting to fight COVID-19, a first joint step in the right direction.  We support the urgent procedure of unanimous approvals by the EU Council and the European Parliament in the coming days, so to allow a fast implementation.

We know from past experience monetary policy cannot do the job and national measures are not enough.  Acting fast and acting together is the only effective answer to a crisis that affects us all.

This crisis calls for a change in our modus operandi: It must be an opportunity to show solidarity, coordination and action. This is a test for European unity. Now is the time to show whether we are a real Union or not.

EU must first guarantee all the necessary supplies to our health systems, by preserving the integrity of the Single Market, and provide proper coordination to support direct action of Member States to contain and fight against the pandemic.

We need a comprehensive emergency package through which the EU would take responsibility for a meaningful share of the overall emergency effort. This would require finding the means to release tens of billions of euros from EU resources, despite existing limitations on the use of the EU budget.

Moreover, where necessary, the stock exchanges should be protected and the main interest rate of the ECB decreased to 0% (or less) as it has been done in the United States. The ECB must be ready to extend Quantitative Easing, and banks may lend to Eurozone Member States at 0% or less, if needed.

Fiscal and monetary policy responses have to be different now from what they would be in a normal cyclical downturn.

All governments should be able to deploy necessary measures, irrespective of their current debt level.

A Golden rule is necessary to exempt all expenses needed now from the fiscal rules on an EU level to overcome the present situation and to bring the European economy as fast as possible back on the right track.

Under current circumstances, and as already announced by European Commission President Ursula von der Leyen, the Economic and Financial Affairs Council should formally rule that all temporary additional public expenditure for any Member State, caused by the outbreak of the health crisis, will be deducted from 2020 public expenditure and from  the corresponding public deficit for the assessment of  Member States’ compliance with the Stability and Growth Pact (SGP).

The EU institutions and Members States should propose clear policies in order to support businesses to be able to maintain current employment level and guarantee that citizens will be able to return to their jobs after the pandemic has passed and if necessary, transition measures and policies should be taken.

The involvement of the social partners at EU level is absolutely necessary, as already rightly done by some Members States.

The financial support coming from the EU and the Member States must help all enterprises, including SMEs and start-ups, and all workers, including those with precarious jobs  as well as the self-employed.

Heads of State and government must finally act to adopt an ambitious MFF, which has to be coherent with the expectations of citizens, with the political guidelines of the European Commission and with the engagements of EU Council and Parliament, but also adapted to this unprecedented systemic crisis.  The implementation of European Green Deal will remain the win-win recipe to accelerate the necessary economic, social and ecological transition, after this urgency has passed.

These are exceptional times that require decisive action. The integrity of Europe depends on it. The biggest mistake would be to react with a “business as usual” approach or in a half-hearted manner. This is no time for unilateral action, blaming games or divisions.

Representing European Civil Society, the EESC fully supports President Ursula von der Leyen who rightly said, we shall “do whatever is necessary to support the Europeans and the European economy.”

Only a more efficient and united Europe can face the different crisis and support its people and economies. 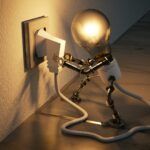