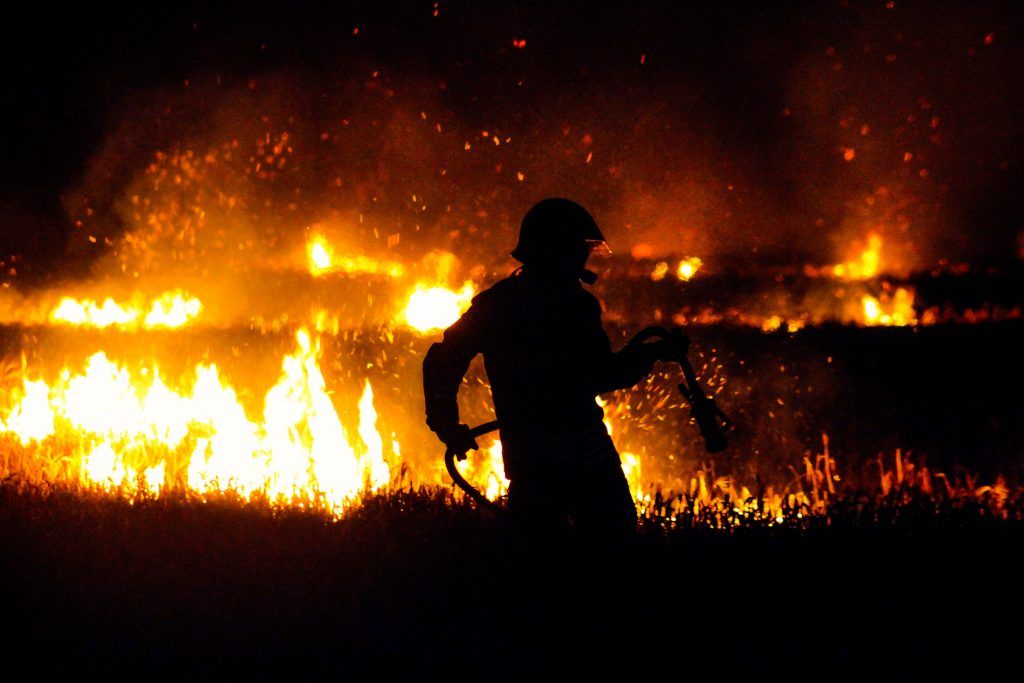 Today, the Joint Research Centre (JRC) of the Commission presented the 21st edition of its Annual Report on Forest Fires in Europe, the Middle East and North Africa, covering 2020. After the worst year to date in 2019, 2020 was another year in which fires burnt large areas of natural land in Europe. Despite the increased level of preparedness in EU countries, about 340,000 hectares (ha) were burnt in the EU in 2020 – an area 30% larger than Luxembourg.

The 2021 fire season is even worse. By the release of this report, some 0.5 million ha have already gone up in flames, 61% being forests that will take years to recover. About 25% of the zones burnt in Europe were inside the ‘Natura 2000′ sites – the EU reservoirs of biodiversity. The EU has reinforced its capacity this year to assist countries this fire season, and has already been used extensively for the large fires that hit the Mediterranean region this summer.

Climate change is more noticeable every year too. A clearly observable increasing trend shows higher levels of fire danger, longer fire seasons and intense fast-spreading ‘mega fires’, on which traditional firefighting means have little power. This year, about 130,000 ha were already burnt by the end of June, which marks the traditional start of the fire season. Fires no longer affect southern states only, but are a growing threat also for central and northern Europe. More than nine out of 10 fires in the EU are caused by human actions. Therefore, public awareness and educational campaigns about the risk of fires are key to prevent disasters.

Key findings of the report

The forest fire season in 2020 was characterised by a large number of wildfires during the first half of the year. Fires burned in winter over the Danube delta and in the Pyrenees, and in spring mainly in the Balkan region. During summer and autumn, the most affected were the Mediterranean countries, specifically Spain and Portugal, which recorded the largest fire events in the EU for 2020. The largest wildfires of the year occurred outside the EU, in Ukraine near the Chernobyl buried nuclear reactor.

Members of the College said:

Commissioner for Innovation, Research, Culture, Education and Youth, responsible for the Joint Research Centre, Mariya Gabriel, said: “Climate change is increasing the risk and the magnitude of wildfires around the world. Since 2016, the unprecedented fires that have happened globally show a behaviour and intensity that was never experienced before. We have seen our forest growing in the EU over the last decades and we need to preserve them more than ever to heal our planet. The JRC and the European Commission are mobilising science, technologies, policies and cooperation to prevent these massive fires, safeguard our forests, preserve biodiversity and, above all, protect lives in the EU and beyond.”

Commissioner for Crisis Management, Janez Lenarčič, said: “Forest fires pose a significant disaster risk to the whole of Europe as well as to other parts of the world. Over the course of the past ten years, the EU’s Civil Protection Mechanism has responded to more than forty large-scale forest fire emergencies. Climate change is also extending the forest fire season by several months, increasing the likelihood of more wildfire emergencies for European communities going forward. We are determined to step up all efforts to strengthen our EU-wide response to forest fires, to help prevent, prepare and respond.”

Commissioner for the Environment, Oceans and Fisheries, Virginijus Sinkevičius, said: “Changing climate is making an impact on the length and severity of the fire season, endangering more lives and taking the toll on nature. Today’s report shows how devastating the last year has been, and as shown by data from this year. The European Commission has adopted a new EU Forest Strategy to increase the resilience of forests in Europe. Healthy and resilient forests and land that is managed in a way that protects biodiversity and people is crucial to mitigate the impact of wildfires. That’s why we’re working with partners and national authorities to establish land-based wildfire prevention as a norm.”