The EU has pledged €100 million to help Mozambique recover from the devastating effects of cyclones Idai and Kenneth, which hit the country in March and April this year. 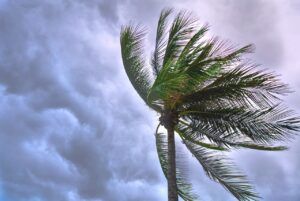 Commissioner for International Cooperation and Development, Neven Mimica, said: “The European Union is founded on solidarity: solidarity between its Member States and solidarity with its partner countries worldwide. That is why I am here today, in Mozambique, to announce that the EU will mobilise €100 million to support the country in its efforts to recover, rebuild infrastructure and strengthen resilience. We will also be supporting Malawi and Zimbabwe, which have also been affected by the cyclones.”

Cyclone Idai was one of the worst ever weather-related disasters in Southern Africa. When it hit the region in March, it brought flooding, landslides and high winds, affecting nearly three million people and causing almost 1 000 deaths across Mozambique, Malawi and Zimbabwe. On 25 April a second disaster, category-four tropical cyclone Kenneth, hit the northern part of Mozambique, affecting around 300 000 people in Cabo Delgado, leaving 40 dead, and 20 000 houses destroyed.

The full extent of the impact of cyclones Idai and Kenneth and reconstruction needs are documented in a Post-Disaster Needs Assessment. This assessment was coordinated by the Government of Mozambique, in collaboration with development partners, namely the European Union, the World Bank, the United Nations and the African Development Bank. Recovery needs across the seven provinces hit by the two cyclones stand at USD 3.2 billion.

The EU has already mobilised around €17 million in humanitarian assistance in the aftermath of this disaster for Mozambique (€10 million), Zimbabwe (€4.5 million) and Malawi (over €2 million). In addition, it will provide Zimbabwe with €10 million in extra funding to cover the essential food and non-food needs of the most severely affected populations. The EU Civil Protection Mechanism was also activated for Mozambique, with nine Member States (Austria, Denmark, France, Germany, Italy, Luxembourg, Portugal, Spain and the United Kingdom) providing crucial initial humanitarian assistance. In Malawi, assessment of the needs is ongoing.

During the June 1 International Donors Pledging Conference, the European Bank for Investment announced €100 million in concessional loans for Mozambique.