Inicio » EU News » Can we prevent bullying in school? 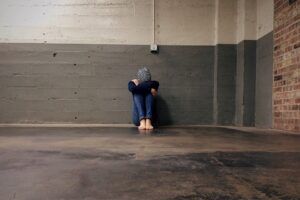 Bullying at school is nothing new, having probably existed as long as we have had modern schools. Although there is no universal definition of school bullying, it is widely agreed to be targeted aggressive behaviour, characterised by hostile intent, an imbalance of power and repetition over time.

Bullying impacts severely on the victims’ physical and mental health, also having adverse effects on educational outcomes. This can violate the rights of children and young people to a quality education, as concluded by a recent UNESCO report on School violence and bullying: Global status and trends, drivers and consequences. But just because bullying has always been around, does this mean we can do nothing to stop it?

Children may often be picked out as targets for bullying as a result of some perceived difference – physical appearance, not conforming to gender norms, race, or nationality. A recent Eurydice report on Integrating Students from Migrant Background into Schools confirms this reality, noting also that primary school children not speaking the language of instruction at home report being bullied more commonly than their native peers.

In addition to “traditional” bullying, cyberbullying is becoming increasingly widespread. Cyberbullying shares characteristics with other forms of bullying but is carried out using electronic means, with bullies typically posting rumours, threats, sexual remarks, personal information or insults on social media. As children and young people are increasingly immersed in the digital world, this type of bullying can have a dramatic impact on self-esteem, and has been linked to increasing levels of teenage depression and suicide. A number of studies also suggest that overuse of media and technology is a factor linking bullying to a decline in empathy among young people.

Another important aspect of bullying is that it very often requires an audience – whether real or online. This has two important consequences: firstly, the victim will feel more humiliated and ashamed to have been targeted in front of peers; and secondly, the audience becomes implicated in the act of bullying when doing nothing to stop it.

What can schools do concretely to prevent bullying?

The starting point is to have a good understanding of the phenomenon and the different forms that it takes. From there, action needs to be consistent and coherent across the whole school environment. The Council of Europe has developed such a whole school approach to fostering human rights and citizenship education, offering practical solutions to address bullying that are neither expensive nor legally complex. One of the most important aspects of this approach is involving pupils, teachers and parents in creating together a positive school environment. If pupils are involved in establishing the rules that regulate the school environment, they are more likely to respect and encourage others to respect them.

Schools often need to pay more attention to the social and emotional wellbeing of pupils. According to one of the latest Eurydice reports, teaching social and emotional competences can promote students’ well-being, pro-social behaviour, resilience and academic outcomes. Students should therefore participate from the youngest age in activities that promote such competences.

Another important point is to ensure that all pupils have the space and opportunity to express themselves. The Belgian psychologist, Bruno Humbeeck, has developed a number of practical tools to address bullying at school, and places a strong emphasis on the importance of dialogue. School therefore need to be a safe place for pupils to express themselves and feel they are heard. Citizenship education, when well conceived and delivered, can also play a role in bolstering such a supportive school environment.

While reducing bullying would already be an important outcome of such activities, their potential impact is much greater. By opening up to other people’s reality, perspective and emotions, we also expand our interactions, and our experiences become shared experiences. Investing in children and young people’s social and emotional development should therefore be seen not simply as a remedy to a problem, but rather as a powerful tool leading to major benefits for our collective health and well-being.