Are you the author of a new Schuman declaration, a new vision for Europe?

The Robert Schuman European Centre (CERS), promoter of the European Idea, has decided to award in 2021, for the 70th anniversary of the creation of the ECSC, ROBERT SCHUMAN AWARDS to texts of two and a half pages proposing future or new actions for the Union of European countries for the next 70 years.

At the beginning of December 2020, there will be a wide call for proposals for texts to be sent in before 2 February 2021.  On the jury’s proposal, the results will be announced at the Commemoration of the 70th anniversary of the signing of the Treaty of Paris, on 9 May 2021, at the Maison de Robert Schuman in Scy-Chazelles. The jury will be able to award several Prizes with prizes ranging from 1,000 to 5,000 euros.

The prizes are open to authors of any nationality, but the texts must be written in one of Robert Schuman’s languages, either in French, German, Luxembourgish or English. Contributions may be submitted by a natural or legal person, or by an institution, or by a group of personalities or institutions. 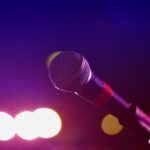 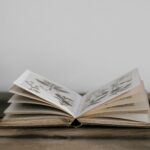