The EU Action plan against migrant smuggling (COM(2015)285) states that raising awareness of the risks of smuggling and irregular migration is crucial for preventing prospective migrants and asylum seekers, including people in more vulnerable situations such as children, from embarking on hazardous journeys towards the EU. To this end, the Action Plan foresees the launch of information and awareness raising campaigns in key countries of origin or transit for migrants. It points to the importance of creating a counter-narrative in the media to oppose misleading information provided by migrant smugglers, including through social media and with the involvement of diaspora communities in the EU. 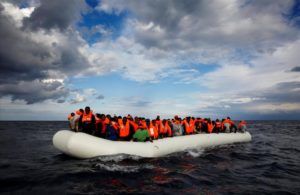 A recent study published by the European Commission as well as analysis done for the Dutch Ministry of Justice and Security, the implementation of communication campaigns with components targeted at origin, transit and destination countries could influence and reduce irregular migrant flows to Europe. The key challenge is in delivering this information through sources the target audience trusts. It also finds that communication campaigns should consider the following elements for better outcomes:

The general objective of the information and awareness raising campaigns is to communicate objective information about the perils and difficulties of voyages and about the legal, social and economic realities of life in Europe, to prospective migrants, vulnerable communities, diaspora members and local media outlets. Ultimately, these campaigns should enable asylum seekers and migrants to make informed decisions about their movements and plans for the future. In addition, information campaigns should also emphasise the option/alternative of voluntarily returning to countries of origin for those not in need of international protection, who feel their expectations do not match the reality either on route or in Europe.

Objectives of the campaign

The purpose of this call for proposals is to fund information projects and awareness-raising campaigns in the field of migration in the following third countries: Algeria, Morocco, Senegal, Bangladesh, Pakistan, Albania, Bosnia and Herzegovina, Kosovo, Montenegro, Northern Macedonia and Serbia (focusing on the prevention of irregular migration and in particular smuggling of migrants, as defined in the AMIF work programme for 2019). Campaigns in third countries can be complemented by components in Europe that focus on the involvement of target audience network connections.

The overall objective of this call for proposals is to contribute to a change in the perception and behaviour of third-country nationals considering irregular migration to the European Union.

The action also aims to support specific actions, such as informing about the dangers of irregular immigration before, during and after the journey; informing about legal alternatives; informing about economic opportunities available in the country or region of origin; strengthening the fight against migrant smugglers on irregular migration; strengthening cooperation between the parties concerned; and improving the sustainability of communication activities and the results of the campaign.

More information about the Call of the Asylum, Migration and Integration Fund