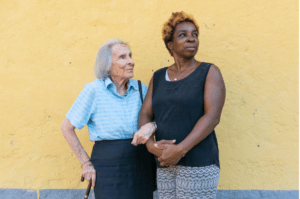 It is almost a quarter of a century since the Beijing Platform for Action was adopted by 189 governments following a landmark UN conference in 1995. New research from EIGE shows that no EU country has yet fully implemented this blueprint for women’s empowerment, with issues such as ageing societies, migration and climate change bringing new challenges.

Caring responsibilities keep 7.7 million women and about half a million men out of the labour market and for the same reason, 9 million women, compared to 0.6 million men work part time. More women (19.7 %) than men (14.9 %) provide care for older persons and persons with disabilities, particularly among the older population aged 50-64. Long-term care services remain insufficient across many Member States and are missing from EU targets.

When it comes to gender equality and climate change, although women are more likely to adopt eco-friendly behaviour, key decision-making positions in the environmental sector are dominated by men: only a fifth of government ministers dealing with environment, climate change, energy and transport are women.

Migration has triggered a response focussed on security and border control as opposed to the specific needs of migrants. Women require gender-sensitive measures throughout the asylum process, from female interviewers and interpreters to services for pregnant women at reception centres. Significant effort is needed on integration: Around one in two people from a non-EU migrant background are at risk of poverty and social exclusion, and half of migrant women are out of employment.

Gender-based violence remains common, with every third woman in the EU affected by physical or sexual violence. Cyber violence is of increasing concern, with 20 % of young women having experienced sexual violence online and 40 % of journalists self-censoring after facing cyber harassment. The web has no borders but the lack of an EU-level instrument to combat cyber violence can result in abuse going unpunished.

Although there has been indisputable progress since 1995, there have also been setbacks. Recent years have seen the increasing clout of voices hostile to gender equality, with chilling effects in some Member States: resistance to ratification of the Istanbul Convention, efforts to ban gender studies at universities, attempts to restrict women’s access to abortion, and shrinking space for women’s rights organisations.

EIGE’s forthcoming review of the Beijing Platform for Action in the EU Member States was prepared at the request of Finland’s Presidency of the Council of the EU. It contributes to global efforts to monitor the implementation of commitments to gender equality and women’s empowerment. 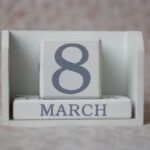