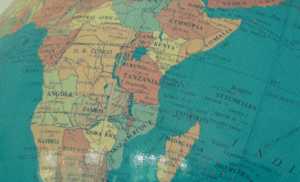 The Chairperson of the African Union Commission, Moussa Faki Mahamat, and the EU Commissioner for International Cooperation and Development, Neven Mimica, today announced the signing of an agreement through which the EU commits a further €800 million to support the African Union in its efforts to promote peace, security and stability in Africa within the context of the continued implementation of the African Peace and Security Architecture.

“This is a commendable milestone in a long history of EU support to Africa, and is in line with the African Peace and Security Architecture and African-led efforts to silence the guns,” said Chairperson Moussa Faki Mahamat. “I also commend the African contributions to the recently revitalized Peace Fund, which demonstrates the commitment to African ownership of peace and security operations on the continent.”

Commissioner Neven Mimica said: “Europe remains Africa’s first partner in the area of peace and security. Since 2004, the African Peace Facility has provided €2.7 billion to support African solutions to African problems. Most of the additional €800 million announced today will go to peace support operations led by our African partners.”

Under this phase of the African Peace Facility, the EU will support:

(i) the strengthening of conflict prevention, management and resolution structures and mechanisms of the African Peace and Security Architecture;

(iii) an Early Response Mechanism which will provide the African Union with quick funding for preventive diplomacy initiatives, mediation, fact-finding missions, and the first stages of peace support operations;

(iv) the financing of African-led peace support operations, such as the Multinational Joint Task Force (MNJTF) against Boko Haram, the African Union Mission to Somalia (AMISOM) or the G5 Sahel Joint Force specifically, with regards to capacity building, troop allowances, non-lethal equipment. It will also support efforts of the AU to promote gender and human rights principles and practices in peace support operations.