UH, an Irish citizen and a native Irish speaker from the Galway Gaeltacht (the Irish-speaking region of Co. Galway, Ireland), claimed that the information accompanying veterinary medicinal products was written exclusively in the English language. He takes the view that Directive 2001/82 1 requires that information to be in both of the official languages of Ireland, namely Irish and English. On 14 November 2016, UH requested that the Ard-Chúirt (High Court, Ireland) make a declaration that Directive 2001/82 was incorrectly transposed and that Ireland was under an obligation to amend its legislation accordingly. 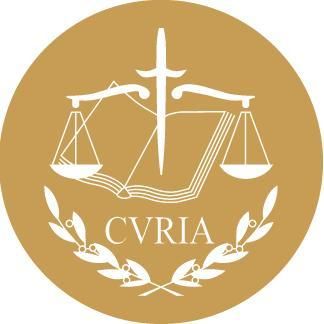 The Ard-Chúirt found that Irish legislation on the labelling and package leaflet of veterinary medicinal products did not comply with the language requirements set out in the Directive and, therefore, infringed Article 288 TFEU. 2 Nonetheless, that court noted that Regulation 2019/6, 3 which is to apply from 28 January 2022, allows for information which must appear on the outer packaging, inner packaging and the package leaflet for veterinary medicinal products to be provided in the Irish or the English language.

It therefore took the view that the applicant would obtain only a limited and temporary benefit from any amendment to Irish law in order to comply with the directive, while the suppliers and distributors of veterinary medicinal products would be faced with difficulties that could entail serious consequences for animal health and for the economic and social circumstances in Ireland.

Having been requested to give a preliminary ruling by that same court, the Court holds that Article 288 TFEU must be interpreted as precluding a national court – which, in the context of proceedings laid down in national law for that purpose finds that the Member State to which it pertains has failed to fulfil its obligation to transpose correctly Directive 2001/82 – from refusing, on the ground that it appears to it that the national legislation is consistent with Regulation 2019/6 which was adopted in order to repeal that directive and will apply with effect from 28 January 2022, to make a declaration that that Member State has not correctly transposed that directive and is required to take remedial steps in that regard.

The Court recalls that the obligation on Member States to achieve the result envisaged by a directive and their duty to take all appropriate measures, whether general or particular, is binding on all the authorities of Member States including, for matters within their jurisdiction, the courts.

Furthermore, the Court finds that that Irish law allows individuals to obtain a judicial declaration that Ireland has not correctly transposed a European Union directive and is required to transpose that directive, while leaving it open to the national courts to refuse to make such a declaration, on the grounds established by that law.

In the present case, the referring court found that Directive 2001/82 had been incorrectly transposed. The Court notes in that regard that the fact that the Irish legislation is already compatible with Regulation 2019/6, which will apply with effect from 28 January 2022, cannot call into question the finding that that legislation is incompatible with EU law before that date or, a fortiori, justify such incompatibility.

Consequently, the Court holds that Article 288 TFEU precludes a national court of a Member State from disregarding the obligation imposed on that Member State to transpose a directive on the ground that that transposition is purportedly disproportionate as it might prove costly or serve no purpose on account of the forthcoming application of a regulation intended to replace that directive.