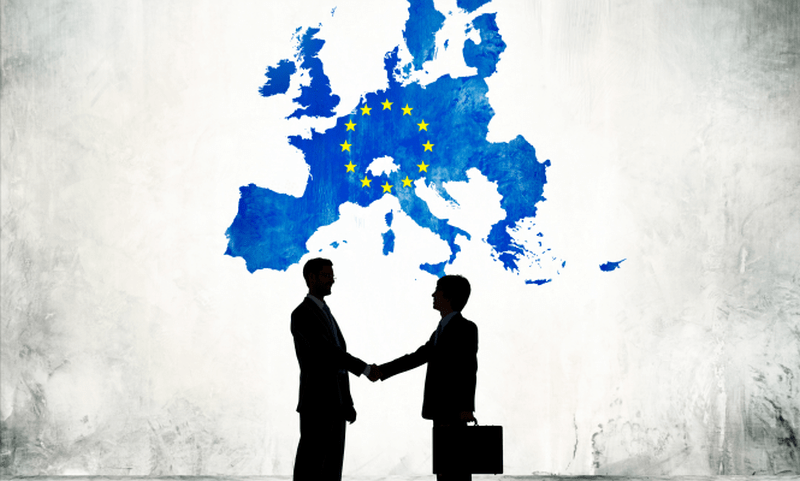 COP26: EU encourages partners to turn ambition into action and deliver on the Paris Agreement

From 1 to 12 November, the European Commission will take part in the UN Climate Change Conference, COP26, in Glasgow, UK. On 1-2 November, President von der Leyen will represent the Commission at the World Leaders Summit which officially opens COP26. Executive Vice-President Frans Timmermans will lead the EU negotiating team. Commissioner Kadri Simson will also attend COP26, and the EU will host over 150 side events at the EU Pavilion.

The Commission will be pushing all parties to meet their commitments under the Paris Agreement and reduce their greenhouse gas emissions. We will also urge developed countries to increase their climate finance to meet the $100 billion target agreed in Paris, to which the EU already contributes over $25 billion and growing, and will work to finalise the ‘Paris Rulebook’.

Speaking ahead of COP26, President Ursula von der Leyen said, “The world’s race for net zero by mid-century is on. By working together we can all be winners. At COP26, we have the duty of protecting our planet for future generations.  In Europe, we have everything in place to reach climate neutrality by 2050 and cut our emissions by at least 55% by 2030. In Glasgow I will be urging other world leaders to do the same; to innovate and to invest in a new more sustainable growth strategy. In short, to prosper and build healthier societies while ensuring a better future for our planet.””

Executive Vice-President for the European Green Deal, Frans Timmermans, said: “It is essential that we draw upon the weight of science, popular support and the intense public scrutiny that the next two weeks will bring, to take bold steps forward for global climate action. Only by working together can we protect the future of humanity on this planet. In recent weeks I have been working with partners from every continent to pave the way for the talks ahead. We must all act now to finalise the Paris Agreement Rulebook, accelerate our emissions reductions, and deliver the climate finance that the world needs.”

Under the Paris Agreement, 195 countries agreed to submit Nationally Determined Contributions (NDCs) which represent their individual emissions reduction targets. Collectively, these NDCs should contribute to keeping average global temperature change below 2°C and as close as possible to 1.5°C by the end of the century. The latest UNFCCC Synthesis Report, published this month, shows that current NDCs do not meet the goals of the Paris Agreement, putting us on course for a dangerous 2.7°C of global warming with extremely harmful effects that pose an existential challenge.

Developed countries have committed to mobilise a total of $100 billion per year of international climate finance from 2020 until 2025 to help the most vulnerable countries and small island states in particular in their mitigation and adaptation efforts. The EU is the largest donor, contributing over a quarter of the target, and President von der Leyen recently announced an additional € 4 billion from the EU budget until 2027. However, other partners now need to step up their efforts and meet the current shortfall of close to $20 billion. Climate finance is critical to support vulnerable communities protect themselves against the impacts of climate change and to grow a clean economy.

Six years on from the adoption of the Paris Agreement, the EU will also be negotiating with other parties at COP26 to finalise the ‘Paris Rulebook’ of rules and procedures for implementing the Agreement. In particular, we are seeking an agreement that ensures the environmental integrity of global carbon markets, and on transparency and reporting obligations. A well-functioning international carbon market can generate additional investments in the green transition and speed up emission reductions in an economically efficient manner.

EU side events at COP26

During the conference, the EU will host over 150 side events at the EU Pavilion in Glasgow and online. These events, organised by a variety of countries and organisations from Europe and around the world, will address a broad range of climate-related issues, such as the energy transition, sustainable finance and research and innovation.

The European Union is a global leader in climate action, having already cut its greenhouse gas emissions by 31% since 1990, while growing its economy by over 60%. With the European Green Deal, presented in December 2019, the EU further raised its climate ambition by committing to reaching climate neutrality by 2050. This objective became legally binding with the adoption and entry into force of the European Climate Law, in July 2021. The Climate Law also sets an intermediate target of reducing net greenhouse gas emissions by at least 55% by 2030, compared to 1990 levels. This 2030 target was communicated to the UNFCCC in December 2020 as the EU’s NDC under the Paris Agreement. In order to deliver on these commitments, the European Commission presented a package of proposals in July 2021 to make the EU’s climate, energy, land use, transport and taxation policies fit for reducing net greenhouse gas emissions by at least 55% by 2030.