Since 2016, the European Union has developed a number of new security and defence initiatives. In particular, the introduction of Permanent Structured Cooperation and the European Defence Fund (EDF) have been designed to enable the EU to become a more autonomous actor in crisis management, capacity building and the protection of Europe and its citizens. However, the development of these new initiatives raises questions about their overall coherence and the role of parliamentary scrutiny. It is necessary to analyse the role of the European Parliament and national parliaments in relation to the control of the European Defence Fund. Recommendations need to be made on how to improve parliamentary control at EU level in the field of security and defence. 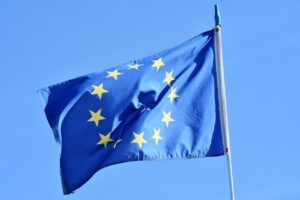 The European Union’s security and defence have undergone a “renaissance” since June 2016. The introduction of initiatives such as the annual coordinated defence review, military planning and implementation capability, permanent structured cooperation and the European Defence Fund have put the Union on the path to greater coherence and effectiveness in security and defence matters. In particular, these new initiatives aim to ensure that the EU can act as an autonomous actor when involved in crisis management, missions and operations, and in developing capabilities for and with partners to protect Europe. The European Union’s Global Foreign and Security Policy Strategy has paved the way for a more effective EU actor in the field of security and defence, and the creation of the European Defence Fund by the European Commission aims to ensure that Europeans spend better and more effectively together on defence research and defence capabilities. 13 billion to unlock the potential of Europe’s defence industry and promote defence collaboration.

However, these positive developments in EU security and defence raise questions about parliamentary control. Given that the European Defence Fund will be brought to life by an EU regulation, the European Parliament – as co-legislator – is justifiably interested in considering how the Fund could be controlled and whether or not parliaments will be able to participate in discussions on setting defence capability priorities.

National parliaments also have a growing interest in the Fund because it may have implications for national defence and offer opportunities for their national defence industries, companies and research institutions. The aim of this study is to analyse how the European Parliament and national parliaments can effectively control the European Defence Fund. The study begins by providing an overview of academic literature and showing how EU treaties limit the role of the European Parliament in EU security and defence. The study then focuses specifically on the proposal for a Regulation on the European Defence Fund (COM(2018) 476 final).

Recognising that no agreement has yet been reached on the EDF Regulation, the study nevertheless outlines ways in which parliaments could participate in the evaluation of the Fund and learn from the work already done on the Preparatory Action on Defence Research and the forthcoming European Defence Industrial Development Programme. The study also examines the way in which each EU national parliament has examined the Fund, and provides an overview of observable limitations and gaps in national parliamentary control methods and procedures. The study also comments on the current state of interparliamentary cooperation in relation to the Fund.

More information on the Security and Defence section