It also provides measures for ensuring the provision or distribution of essential services and products for citizens and for the movement control. 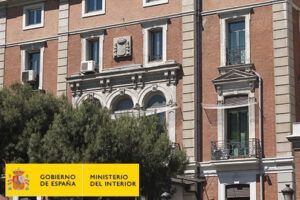 The Minister of Home Affairs, Fernando Grande-Marlaska, has issued an order setting out the criteria for action by the Security Forces and Corps in relation to the Royal Decree that declares the situation to be in a state of alarm.

The resolution will be effective as long as the Royal Decree is in force and is addressed to the State Security Forces and Corps; the police forces of the autonomous communities and the local governments; and the personnel of private security companies.

The purpose of this order is “to apply the measures contained in the Royal Decree to the sphere of competence of the Ministry of Home Affairs” in relation to the operational actions to be taken by the State Security Forces and Corps for their execution.

The objective of this order is to “adapt to the competences of the Ministry of Home Affairs to the measures contained in the Royal Decree” regarding the operational actions that the State Security Forces and Corps must undertake in order to execute them.

It contains”common criteria of action” for all the Security Forces and Corps, which must act in a coordinated manner under the command of the Minister of Home Affairs, with the objective of enforcing measures such as control of movements, support for health work, guaranteeing the supply of food and essential goods or ensuring the proper functioning of critical infrastructure.

To implement these measures, the resolution points out that “citizens have the civic duty to collaborate and not to obstruct the agents of the authority in the exercise of their duties”, and adds that “failure or resistance to the orders of the competent authority shall be punished according to the law”.

All these measures will be implemented ” according to the principles of proportionality and necessity, aimed to protect the health and safety of citizens and to contain the progression of the disease”.

The Royal Decree issued by the Government establishes that all the State Security Forces, including the autonomous and local ones, are under the direct orders of the Minister of Home Affairs for “the protection of persons, goods and places”.

Indeed, one of the objectives of the order given by Grande-Marlaska is “to guarantee a coordinated action of the State Security Forces and Bodies, the regional police forces, the local police and the private security personnel and companies, for the implementation and compliance, throughout the national territory, of the measures provided for in the Royal Decree”.

In this respect, the Decree points out that “in all security mechanisms, collaboration and coordination between the police forces with competence in each territorial area will be strengthened”. It also establishes “the collaboration of private security personnel who provide service in the facilities or services affected”.

To this end, the Ministry of the Home Affairs will set up an Operational Coordination Centre “to ensure a permanent and continuous flow of information with the Security Forces and Corps, whether state, regional or local, both for the dissemination of orders and guidelines for action and for the reception and monitoring of any new developments that may occur”.

This order makes available to the authorities and health professionals “those capabilities of the police forces that can be used to assist health institutions and professionals in those situations where such assistance is necessary to provide urgent health care to those who need it”.

In this sense, it is indicated that “police security measures will be reinforced to guarantee the normal functioning of health centres”. This reinforcement will also be applied “in establishments for the processing, warehousing and distribution of pharmaceutical or medical products”.

” When necessary in the light of circumstances, support will be given to the movement of health or emergency services,” the resolution also states.

The Royal Decree issued by the Government introduces a number of limitations on citizens’ freedom of movement. The resolution issued by Grande-Marlaska indicates that the Security Forces and Corps ” will establish fixed and movable security devices, both on roads and public spaces and on the transport network, and particularly in those places or time periods that may be affected by the restrictions agreed upon, in order to ensure the observance of the measures that limit freedom of movement”.

“In any case, the actions of the Security Forces and Corps will take into account the necessity to guarantee that the citizens can access their jobs and basic services when necessary, as well as to allow the mobility of the personnel belonging to entities dedicated to the provision of essential services or to the supply and distribution of goods and services of first necessity”, states the order.

Other fields of action of the Security Forces and Corps are also addressed by the order in accordance with the terms of the Royal Decree issued by the Government. The agents, for example, must provide their support “to those measures aimed to guarantee the supply of food, and other goods and services”.

It also states, among other things, that “police security measures to ensure the normal running of critical infrastructures will be strengthened”.

Work will also be carried out on ” supporting restrictive measures in relation to commercial activities, opening of establishments and religious events “.

The order also dedicates a section to the health protection of the Security Forces and Corps agents. “Police officers within the scope of this order, regardless of their corps, are entitled to effective protection in the field of safety and health at work. The instructions and recommendations given by the health authorities in each case in relation to the prevention of transmission of the coronavirus will be observed in all cases,” the text states. 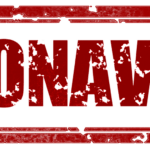 The EU’s Response to COVID-19

The EU’s Response to COVID-19