Inicio » EU News » Defence & Security » Crime » The EU and FIIAPP, through the ICRIME project, deliver modern equipment to the Scientific Police of the Dominican Republic

In order to strengthen actions in the fight against organized crime in the member countries of the Central American Integration System (SICA), the Dominican Republic’s Forensic Police received a donation of innovative equipment that will allow them to improve their forensic investigation capabilities. 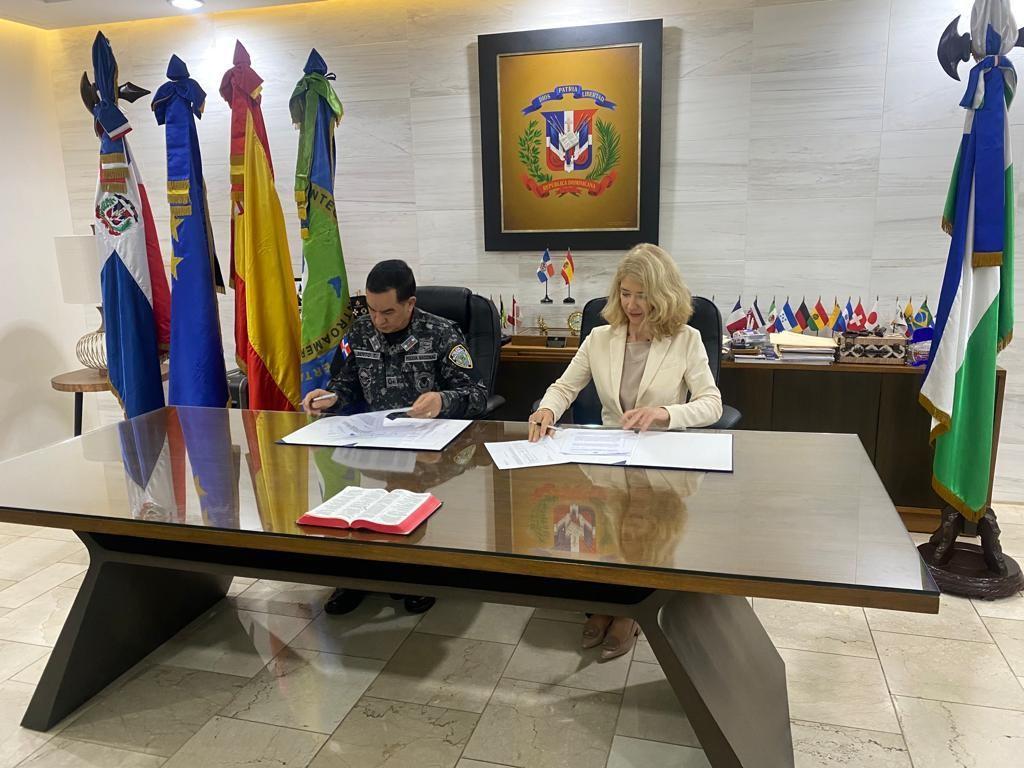 This donation is part of the actions contemplated in the project “Cooperation in Criminal Investigation in Central America to combat crime and drug trafficking at the international level- AC1/ICRIME”, financed by the European Union, and seeks to strengthen investigation units, forensic institutes, networks and criminal investigation procedures in the region.

The Ambassador of the European Union (EU) in the Dominican Republic, Katja Afheldt, referred to the support that this strategic partner provides to the region in different areas to improve the living conditions of citizens.

“The ICRIME project is an example of the importance we give from the European Union to the institutional reinforcement to strengthen the fight against organized crime in Central America, including the Dominican Republic,” she said during the delivery of this modern equipment.

The equipment delivered, worth 9,031,103 Dominican Pesos, consists of a portable spectrometer that allows rapid chemical analysis for the detection of illicit substances, a laptop and specialized software.

The equipment was received by the Director of the National Police, Major General Eduardo Alberto Then; Colonel Pedro Alejandro García, Second Chief of the Scientific Police; and was handed over by the director of the AC1/ICRIME project, Montserrat Hernández, of the International and Ibero-American Foundation for Public Administration and Policy (FIIAPP).

More information: Delegation of the European Union to the Dominican Republic