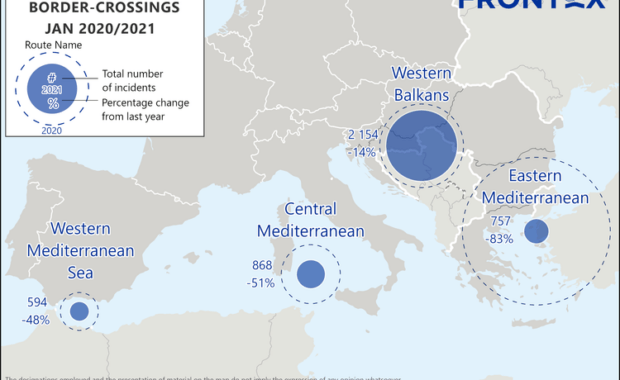 Situation at EU external borders – Arrivals down in the Mediterranean

The number of illegal border crossings at Europe’s external borders in January fell by nearly half from a year ago to nearly 5 800*, mainly because of lower figures on the migratory routes in the Mediterranean, according to preliminary calculations. Western Africa Nearly 2 100 irregular migrants arrived on the Canary Islands in the first […]