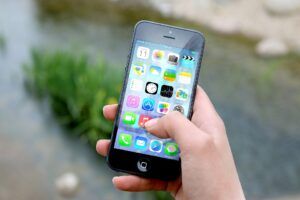 A Eurobarometer survey published recently shows that just a few months after the new rules on geo-blocking started to apply, 50% of EU citizens are generally aware of EU action to tackle unjustified discrimination by traders. However, more efforts are needed to ensure wider knowledge of the specific digital rights enshrined in EU law, since only 29% of respondents know which rights specifically concern them.

The Eurobarometer survey published is part of the Commission’s ongoing evaluation of consumer needs and market realities in sectors that are currently not covered or only partially covered by the geo-blocking rules. This evaluation will feed into an initial review of the rules, planned for March 2020, which will look into whether there is need to extend the scope of the Regulation. For example, the survey clearly shows that audio-visual and other electronically supplied copyright-protected content, such as music streaming and downloading, e-books and games, is among the most popular content sought by consumers across borders. This type of content is not covered by the current rules, yet it is likely that it will merit specific attention under EU law in the near future.

In particular, the number of internet users trying to get cross-border access to content has nearly doubled over the last four years (from 8% in 2015 to 15% in 2019). The most popular types of content sought across borders is audio-visual (sought by 9% of respondents) and music (8%). The survey also indicates that this trend is likely to continue, driven by young people in particular; the percentage of 15 to 24 year-old respondents who have tried to access these services across borders is 28%, nearly double the overall figure.

The most common reasons for trying to access such content are lack of availability in the respondents’ own country (44%), followed by the quest for a wider choice (39%). A majority of those who did not try to have access to content meant for users in another EU country would nonetheless still be interested in doing so (in particular audio-visual with 31% and music with 29%, with even higher figures for the younger generations).

Related document:A Digital Single Market for the benefit of all Europeans