The European Commission has opened in-depth investigations to assess whether tax rulings on “excessive profits” handed down by Belgium to 39 multinational companies gave these companies an unfair advantage over their competitors, in breach of EU state aid rules. 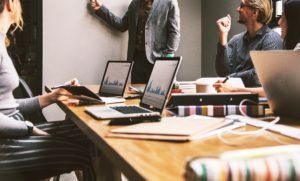 The decisions to open this investigation follow the annulment by the General Court in February 2019 of the Commission’s decision of January 2016, which concluded that the same tax judgments were part of a Belgian aid scheme that was illegal under EU state aid rules. The Court did not rule on whether or not the ‘excess profits’ tax exemptions constituted unlawful state aid, but considered that the Commission had not demonstrated the existence of a scheme. This means that, according to the General Court, the compatibility of tax judgments with EU state aid rules must be assessed on a case-by-case basis, which is why the Commission has now opened separate and in-depth investigations into individual tax judgments. At the same time, the Commission has appealed the judgment of the General Court to the European Court of Justice for clarification of the existence of an aid scheme.

The in-depth investigations relate to individual tax judgements on “excess profits” handed down by Belgium between 2005 and 2014 in favour of 39 Belgian companies belonging to multinational groups. Most of these multinational groups are based in Europe.

Belgian corporate tax rules require companies, as a starting point, to be taxed on the basis of profits actually recorded from activities in Belgium. However, the Belgian judgments on ‘excess profits’, based on the Belgian income tax code (Article 185(2)(b) of the ‘Code des Impôts sur les Revenus/Wetboek Inkomstenbelastingen’), allowed multinational entities in Belgium to reduce their corporate tax liability through the so-called ‘excess profits’ allegedly deriving from the advantage of being part of a multinational group. These advantages included, for example, synergies, economies of scale, reputation, networks of customers and suppliers or access to new markets. In practice, judgements often result in more than 50 per cent and, in some cases, up to 90 per cent of the accounting profits of such firms being tax-exempt.

The Commission’s preliminary view is that, by deducting the “excess profits” from the beneficiaries’ tax base, the tax provisions under investigation selectively misapplied the Belgian income tax code. In particular, the Commission fears that the judgments approved unilateral downward adjustments to the tax base of the beneficiaries, even if the legal conditions were not met. Furthermore, the Commission fears that the Belgian practice of issuing ‘excessive profits’ judgments in favour of certain companies may have discriminated against other Belgian companies, which did not receive, or could not receive, such a judgement.

As a result, the tax decisions may have given a selective advantage to the 39 multinational companies, allowing them to pay substantially less tax. 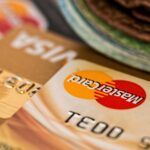