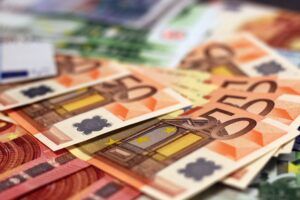 If the court concludes that such terms are unfair, it may replace it with a statutory rate applicable on a supplementary basis in order to protect the consumers concerned from the particularly harmful consequences which could result from the cancellation of the loan contract.

In its judgment in Case C-125/18 Gómez del Moral Guasch, delivered on 3 March 2020, the Court of Justice, sitting as a Grand Chamber, held that a clause in a contract for a mortgage loan concluded between a consumer and a professional, under which the interest rate to be paid by the consumer varies according to the reference rate based on the mortgage loans of savings banks, which is provided for by Spanish law, falls within the scope of the directive on unfair terms. That is because that clause does not reflect mandatory laws or regulations within the meaning of Article 1(2) of that directive. The Court has also stated that the Spanish courts must check that such terms are clear and comprehensible, irrespective of whether Spanish law has made use of the power conferred on the Member States by Article 4(2) of the Directive to provide that the assessment of the unfairness of terms does not relate, inter alia, to the definition of the main purpose of the contract. If those courts conclude that those terms are unfair, they may replace them with a statutory rate applicable in a suppletive manner, in order to protect the consumers concerned from the particularly harmful consequences which might result from cancellation of the loan contract.

The Court of Justice has recalled that clauses reflecting mandatory laws or regulations are excluded from the scope of the Directive. It noted, however, that, subject to the Court’s verification, the national legislation applicable to the present case did not require the use of an official reference index for variable-rate loans, but merely laid down the conditions which the ‘indexes or reference rates’ had to satisfy in order for credit institutions to be able to use them.

Furthermore, the Court held that, in order to satisfy the requirement of transparency imposed by the directive, clauses fixing a variable interest rate in mortgage credit agreements must not only be comprehensible in formal and grammatical terms, but must also enable the average consumer, who is reasonably well informed and reasonably observant and circumspect, to understand the actual operation of the method of calculating that rate and thus to assess, on the basis of precise and comprehensible criteria, the potentially significant economic consequences of those clauses for his financial obligations. The fact that the main elements relating to the calculation of that rate are easily accessible to any person intending to take out a mortgage loan, given the publication of the method of calculating that rate in the national gazette of the Member State concerned, and the provision of information by the professional to the consumer on the historical development of the index on which the calculation of that rate is based, are particularly relevant in that regard.

Finally, the Court held that the Directive does not preclude the national court, in the event of a declaration of invalidity of an unfair contractual term which fixes a reference rate for the calculation of variable interest on a loan, from replacing it with a statutory rate applicable in the absence of agreement to the contrary by the parties to the contract, provided that the mortgage loan contract could not survive after the unfair term had been removed and that the cancellation of the contract in its entirety would leave the consumer exposed to particularly harmful consequences.