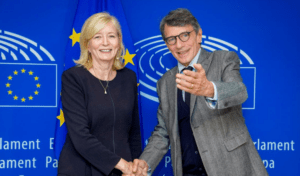 Emily O’Reilly has been re-elected as European Ombudsman, allowing her to continue investigating complaints against EU bodies for the next five years.

O’Reilly has served as European Ombudsman since 1 October 2013. Previously, she had been Ireland’s first female ombudsman and information commissioner, commissioner for environmental information from 2007 and also worked as a journalist and broadcaster.

The vote followed a public hearing on 3 December, where MEPs questioned the five candidates on what they intended to bring to the post of EU Ombudsman by way of impartiality, visibility and transparency, if elected.

About the European Ombudsman

At the start of each new parliamentary term, MEPs elect an ombudsman for a five-year term.

The European Ombudsman investigates complaints from citizens, EU residents and EU-based organisations about poor administration by EU institutions or other EU bodies, such as unfair conduct, discrimination, unnecessary delays or incorrect procedures.

The ombudsman’s office can also launch investigations on its own initiative. It reports back to the European Parliament each year. 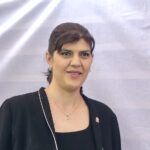