You are here: Home / EU News / Order of the Court of Justice concerning the compensation for cancellation of flights divided into several routes 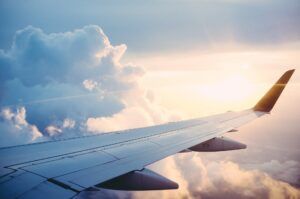 Two passengers booked a journey with connecting flights under a confirmed single booking. The journey was divided into three legs: the first leg of the journey, from Hamburg (Germany) to London (UK), was operated by the British airline British Airways; the other two legs of the journey, from London to Madrid (Spain) and from Madrid to San Sebastian (Spain), were operated by the Spanish airline Iberia. The third leg of the journey was cancelled without the passengers being informed in due time. flightright, a company established in Potsdam (Germany) to which the passengers had assigned any rights to compensation, then lodged before the Amtsgericht Hamburg (Local Court, Hamburg) a claim for compensation against Iberia. The amount sought on the basis of the Air Passengers Regulation is €250 per passenger, the distance between Hamburg and San Sebastian being approximately 1 433 km.

The German court notes that the Court of Justice, in a judgment of 11 July 2019, held that, in the context of a journey with connecting flights made under a single booking, the air carrier that operated the first leg of the journey, which had its place of departure within the territorial jurisdiction of the court hearing the case, could be sued for all connecting flights in that journey for the purpose of a claim for compensation brought on the basis of the Air Passengers Regulation. In the light of that judgment, the Amtsgericht Hamburg is unsure whether the air carrier in charge of the final leg of such a journey (Iberia) may also be sued before it in the context of a claim for compensation on that basis.

Where to make the claim?

In its order of 13 February 2020, the Court holds that the Regulation on jurisdiction must be interpreted as meaning that, where journeys with a confirmed single booking comprise several connecting flights operated by two separate air carriers, the compensation claims for the cancellation of the final leg of the journey may be brought before the courts of the place of departure of the first leg of the journey even if they are brought against the air carrier in charge of the final leg.

According to the Court, in the case of a contract for carriage by air with a confirmed single booking for the entire journey, the air carrier is under the obligation to carry a passenger from a point A to a point D. Accordingly, in the case of a journey with connecting flights under a confirmed single booking comprising two legs, the place of performance of that journey, within the meaning of the Regulation on jurisdiction can be the place of departure of the first leg of the journey, as one of the principal places of provisions of the services which are the subject of a contract for carriage by air.

With regard to the possibility to sue the air carrier in charge of the final leg of the journey (Iberia) before the court which has territorial jurisdiction over the place of departure of the first leg (Hamburg), the Court points out that the operating air carrier which has no contract with the passenger is to be regarded as acting on behalf of the person that concluded that contract and fulfils obligations arising under the contract for carriage by air.

The CJEU invalidates Decision 2016/1250 on the adequacy of the protection provid...
The General Court of the European Union annuls the decision taken by the Commiss...
Judgment of the CJEU on the sale of vehicles unlawfully manipulated by the manuf...