The European Commission is organizing an event in Madrid to commemorate the 17th European Day in Remembrance of the Victims of Terrorism. The event will bring together victims of terrorism, victims’ associations and representatives of first responders, who will share their stories and experiences, as well as European and Member State representatives to present EU and civil society initiatives and the EU Counseling Center for Victims of Terrorism. This year, the motto of the event will be “Always united.”

The event will begin at 9.30 am and will be held at the European Commission Representation in Madrid, and can be followed by videoconference for those media that have been accredited.

Present will be the Commissioner for Home Affairs, Ylva Johansson, and the Commission’s Deputy Director General for Migration and Home Affairs, Olivier Onidi, who will preside over the event. The Spanish Minister of the Interior, Fernando Grande-Marlaska, the French Minister of Justice, Eric Dupont Moretti; the Portuguese Interior Minister, Eduardo Cabrita; and the delegate of the German federal government for victims and affected by crimes of terrorism perpetrated in the national territory, Professor Edgar Franke.

After a minute of silence and a musical interlude by the Young Belgian Strings orchestra, victims of terrorism and their families will offer testimony of their experiences to show their resilience and pay tribute to all EU citizens who have been victims of terrorism in all the world. A representative of the medical staff will also intervene. Gilles de Kerchove, EU Counter-Terrorism Coordinator, will deliver a speech and Katarzyna Janicka-Pawlowska, European Commission for Victims’ Rights Coordinator, will present the new EU Handbook on Victims of Terrorism, designed to assist in the practical application of current EU legislation on victims’ rights. The last intervention will focus on an initiative of the French civil society to sensitize young people in schools, based on the film Young Ahmed by the Dardenne brothers.

Act at the Royal Palace

At 4:00 p.m. a state ceremony will be held that will pay tribute to the victims of terrorism, in the presence of Their Majesties the Kings of Spain and will be attended by, among others, Josep Borrell, High Representative for Foreign Policy of the European Union and Ylva Johansson, Commissioner for Home Affairs.

European Day of Remembrance of the Victims of Terrorism

The European Day of Remembrance of the Victims of Terrorism is an annual event to commemorate the victims of terrorism worldwide. On this day in 2004, the Madrid bombings took place claiming the lives of 193 people and injuring thousands more.

The European Day of Remembrance of the Victims of Terrorism was established after the Madrid Bombings of 11 March 2004. Each year since 2005, the European Union remembers on this date the victims of terrorist atrocities worldwide. 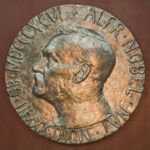