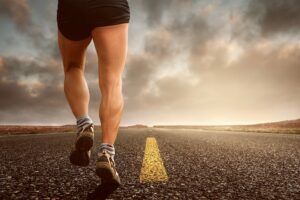 In the judgment in Generálny riaditeľ Sociálnej poisťovne Bratislava (C-447/18), delivered on 18 December 2019, the Court held that Article 7(2) of Regulation No 492/2011 on freedom of movement for workers,1 which provides that a worker who is a national of one Member State is to enjoy, in the territory of another Member State, the same social advantages as national workers, precludes legislation of a Member State which makes receipt of an additional benefit paid to certain high-level sportspersons who have represented that Member State or its legal predecessors in international sporting competitions conditional upon the person applying for the benefit having the nationality of that Member State.

In the present case, a Czech national (having chosen that nationality upon the dissolution of the Czech and Slovak Federative Republic), who is resident in the territory which is now Slovakia and who had obtained gold and silver medals in the Ice Hockey European and World Championships respectively as a member of the national team of the Czechoslovak Socialist Republic, was refused an additional benefit introduced for certain high-level sportspersons who have represented Slovakia, because he did not have Slovak nationality. In addition, at the time of the accession of the Slovak Republic and the Czech Republic to the EU, the person concerned was employed in a primary school and continued in that post following that accession.

Next, having explained that the worker concerned, without having moved from his place of residence, is, because of the accession to the EU of the State of which he is a national and the State in whose territory he is resident, in the same situation as a migrant worker, the Court held that the additional benefit at issue in the present case is covered by the concept of a ‘social advantage’ for the purposes of Article 7 of Regulation No 492/2011. Against that background, it found that the possibility of a migrant worker being compensated in the same way as workers who are nationals of the host Member State for exceptional sporting results which he or she has obtained while representing that Member State or its legal predecessors may contribute to the integration of that worker into that Member State and thus to achieving the objective of freedom of movement for workers. The Court emphasised that the additional benefit at issue in the main proceedings has the effect not only of providing its recipients with financial security intended, inter alia, to compensate for the fact that they were unable to fully integrate into the labour market during the years dedicated to practising a sport at a high level, but also, chiefly, of conferring on those recipients a particular level of social prestige because of the sporting results which they obtained in the context of that representation.

Consequently, the Court found that a Member State which grants such a benefit to its national workers cannot refuse to grant it to workers who are nationals of other Member States without discriminating on the basis of nationality.

A person elected to the European Parliament acquires the status of Member of that institution at the time of the official declaration of the results and enjoys, from that time, the immunities attached to that status 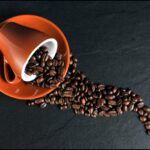 A person elected to the European Parliament acquires the status of Member of that institution at the time of the official declaration of the results and enjoys, from that time, the immunities attached to that status