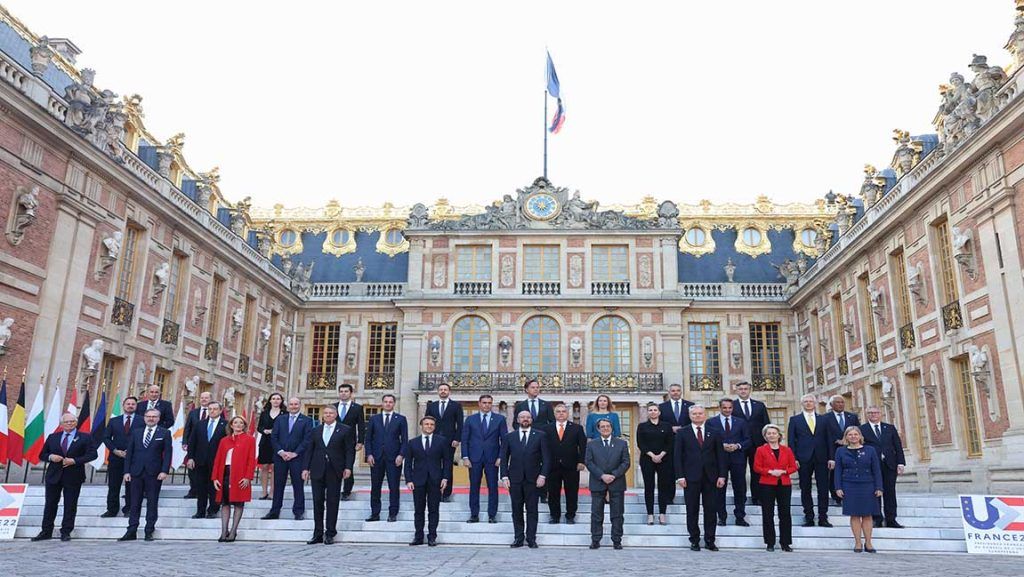 This is a strategic summit. It is very important, today and tomorrow, to give a strong signal of the European Union’s determination to act, in order to give us independence, and to avoid dependence in the future. To be very concrete, we propose to decide to phase out Russian gas.

We also propose to take certain decisions regarding European defence. We especially propose to strengthen the European capabilities on defence and, of course, we will have a debate about the current tragic situation in Ukraine. Russia took the decision to launch a war against Ukraine. It is very important to remain united. I think that we took Russia by surprise because we were firm, we were strong, we were united. But it is not enough  We need to identify together what could be the following steps to have a positive influence, to reach a ceasefire as soon as possible, and to have real negotiations for a possible peace agreement.

The goal is to identify what the concrete decisions are that we will take all together in the following weeks and months to make the EU more robust at the economic level, less dependent on Russian gas, and how we are able to strengthen our defence capabilities. And of course, this is a difficult moment because there is the war launched by Russia against Ukraine. We will discuss all the geopolitical consequences of this situation, and we will also discuss what our approach will be.

Statement of the heads of state or government, meeting in Versailles, on the Russian military aggression against Ukraine, 10 March 2022

1. Two weeks ago Russia brought war back to Europe. Russia’s unprovoked and unjustified military aggression against Ukraine grossly violates international law and the principles of the UN Charter and undermines European and global security and stability. It is inflicting unspeakable suffering on the Ukrainian population. Russia, and its accomplice Belarus, bear full responsibility for this war of aggression and those responsible will be held to account for their crimes, including for indiscriminately targeting civilians and civilian objects. In this respect we welcome the decision of the prosecutor of the International Criminal Court to open an investigation. We call for the safety and security of Ukraine’s nuclear facilities to be ensured immediately with the assistance of the International Atomic Energy Agency. We demand that Russia ceases its military action and withdraws all forces and military equipment from the entire territory of Ukraine immediately and unconditionally, and fully respects Ukraine’s territorial integrity, sovereignty and independence within its internationally recognised borders.

2. We commend the people of Ukraine for their courage in defending their country and our shared values of freedom and democracy. We will not leave them alone. The EU and its Member States will continue to provide coordinated political, financial, material and humanitarian support. We are committed to provide support for the reconstruction of a democratic Ukraine once the Russian onslaught has ceased. We are determined to increase even further our pressure on Russia and Belarus. We have adopted significant sanctions and remain ready to move quickly with further sanctions.

3. Countless people are fleeing the war in Ukraine. We offer temporary protection to all war refugees from Ukraine. We commend European countries, notably at the borders with Ukraine, for showing immense solidarity in hosting Ukrainian war refugees. The EU and its Member States will continue to show solidarity and provide humanitarian, medical and financial support to all refugees and the countries hosting them. We call for funds to be made available without delay through a swift adoption of the proposal on Cohesion’s Action for Refugees in Europe (CARE) and through ReactEU. We call on Russia to fully abide by its obligations under international humanitarian law. It must ensure safe and unhindered humanitarian access to the victims and internally displaced persons in Ukraine, and allow safe passage for those civilians who want to leave.

4. The European Council acknowledged the European aspirations and the European choice of Ukraine, as stated in the Association Agreement. On 28 February 2022, exercising the right of Ukraine to choose its own destiny, the President of Ukraine submitted the application of Ukraine to become a member of the European Union. The Council has acted swiftly and invited the Commission to submit its opinion on this application in accordance with the relevant provisions of the Treaties. Pending this and without delay, we will further strengthen our bonds and deepen our partnership to support Ukraine in pursuing its European path. Ukraine belongs to our European family.

5. The Council has invited the Commission to submit its opinions on the applications of the Republic of Moldova and Georgia.