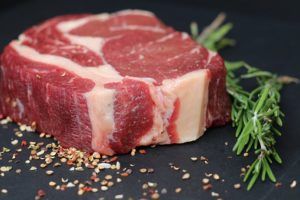 The European Union and the United States of America will soon sign an agreement reviewing the functioning of an existing trade arrangement ensuring an autonomous tariff quota (TRQ) for imports of high-quality beef into the EU. This will provide a solution to a longstanding dispute in the World Trade Organization (WTO) on the issue.

The Council today adopted a decision on the signing of an agreement between the EU and the United States on the allocation to the US of a share in the TRQ for high quality beef referred to in the so-called Memorandum of Understanding (MoU) regarding the importation of beef from animals not treated with certain growth-promoting hormones and increased duties applied by the US to certain products from the EU, concluded in 2009 and revised in 2014.

Back in 2009, the MoU provided for an interim solution to a longstanding WTO dispute regarding the imports of US beef treated with certain growth-promoting hormones. Under the agreement, a 45,000 tonnes quota of non-hormone treated beef was open by the EU to qualifying suppliers. Under WTO rules the quota also had to be made available to non-US suppliers.

Thanks to the new agreement the existing quota will remain  unchanged but 35,000 out of the total 45,000-tonne TRQ will be ring-fenced for the United States and phased in over a period of 7 years. The TRQ will continue to cover only products complying with EU’s high food safety and health standards. This step is key to resolving a long-standing dispute between the EU and the United States on measures imposed by the EU in 1989 on US exports of meat that contained artificial beef growth hormones. It also underlines the EU’s commitment to a positive transatlantic trade agenda.

On 19 October 2018, the Council authorised the Commission to open negotiations between the EU and the US on the operation of the TRQ, including on the country-allocation of the quota.

Negotiations with the US were concluded on 27 February 2019 and, in light of that agreement, the Commission then sought and obtained the accord of the other substantial supplying countries, in line with the applicable WTO rules. 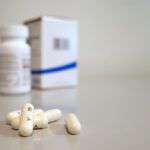