How does the fight against forest fires work in Europe?

Inicio » EU News » How does the fight against forest fires work in Europe?

Every year there are devastating forest fires in Europe, destroying thousands of hectares of forests. Although the South European countries are at a higher risk, no European country is immune. When a forest fire gets too big for a country to extinguish it on its own, the European Union’s Civil Protection Mechanism can be activated, upon request, to ensure a coordinated response. 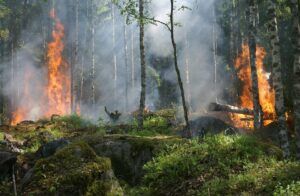 The Emergency Response Coordination Centre (ERCC) is the emergency response hub of the European Commission. Upon activation of the European Union’s Civil Protection Mechanism by an affected country, the ERCC co-ordinates assistance on the European level and ensures that help provided is efficient and effective. Thereby, the EU Commission facilitates and co-finances assistance delivered to the affected area.

Preparatory and monitoring measures for the 2019 forest fire season

The European Commission is reinforcing its monitoring and coordination capacities to prepare for the forest fire season.

The EU Civil Protection Mechanism strengthens cooperation between Participating States in the field of civil protection, with a view to improving prevention, preparedness and response to disasters. Through the Mechanism, the European Commission plays a key role in coordinating the response to disasters in Europe and beyond. By pooling together the civil protection capacities and capabilities, it allows for a stronger and more coherent collective response. To date, all EU Member States participate, as well as Iceland, Norway, Serbia, North Macedonia, Montenegro and Turkey. Since its inception in 2001, the EU Civil Protection Mechanism has responded to over 300 requests for assistance inside and outside the EU.

In March 2019, the EU strengthened its disaster risk management to better protect citizens from disasters. The upgraded EU Civil Protection Mechanism established a new European reserve of capacities (the ‘rescEU reserve’) that initially includes firefighting planes and helicopters. Through rescEU the Commission reinforces the Union’s collective ability to prevent, prepare and respond to disasters that affect our societies.