Financial statements of the ECB for 2019

Inicio » EU News » Financial statements of the ECB for 2019 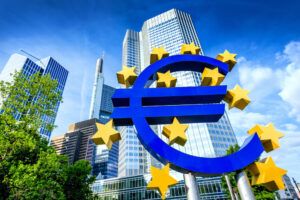 The European Central Bank’s (ECB’s) audited financial statements for 2019 show that the profit for the year increased by €790 million, to €2,366 million, mainly as a result of higher income earned on the US dollar portfolio and on the asset purchase programme (APP) portfolio.

Realised gains arising from financial operations amounted to €197 million (2018: realised losses €77 million), owing to realised price gains on US dollar-denominated securities, as the decrease in US dollar bond yields during the year had a positive impact on their market value.

Write-downs amounted to €20 million (2018: €69 million), mainly stemming from unrealised price losses on a number of securities held in the own funds and US dollar portfolios.

Impairment tests are conducted on the securities held by the ECB in its monetary policy portfolios, which are valued at amortised cost (subject to impairment). Based on the results of these tests, no impairment losses have been recorded for these portfolios.

Supervisory fee income, derived from fees charged to recover expenses incurred by the ECB in the performance of its supervisory tasks, amounted to €537 million (2018: €518 million). The increase in 2019 relates to the higher average number of staff in banking supervision.

Total staff costs increased to €566 million (2018: €515 million) as a result of the higher average number of staff in 2019, predominately in banking supervision, and higher charges in relation to other long-term benefits arising from the actuarial valuation at the end of 2019. Other administrative expenses decreased to €590 million (2018: €599 million), mainly owing to a decrease in expenses related to agency and external consultancy support services.

The ECB’s net profit is distributed to the euro area national central banks (NCBs). The Governing Council decided to make an interim profit distribution, amounting to €1,431 million, to the euro area NCBs on 31 January 2020. At yesterday’s meeting, the Governing Council decided to distribute the remainder of the profit, amounting to €935 million, on 21 February 2020.