Parliament regrets that differences remain substantial, with little time left to reach an agreement on the future EU-UK relationship. 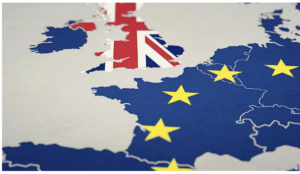 In a report adopted by a large majority on Thursday, Parliament takes stock of the EU-UK negotiations on a new partnership so far and acknowledges the negotiating parties’ call to intensify talks in July.

They regret that no real progress has been achieved in the talks after four negotiating rounds, and that differences remain substantial.

MEPs emphasise that a comprehensive agreement is in the interest of both parties. However, having the UK side cherry-pick certain policies and push for access to the single market after Brexit is “unacceptable” for the EU, says the text, expressing deep concern over the British government’s insistence on only wanting to negotiate areas that are in the interests of the UK.

The report also reiterates Parliament’s full and unwavering support for the EU’s Chief Negotiator Michel Barnier in his talks with the British negotiators, based on the political mandate given to him by EU member states and Parliament.

MEPs further call on the UK to respect its commitments set out in the Political Declaration, signed by Prime Minister Boris Johnson and ratified by both the EU and the UK.

Strict implementation of the Protocol on Ireland and Northern Ireland, andthe faithful implementation of the Withdrawal Agreement, for the EU citizens in the UK but also on UK citizens’ rights in the EU, is a precondition to ensure the trust needed to conclude a deal on the future relationship, notes the text.

The text further emphasises that Parliament’s consent to any future trade agreement with the UK is conditional on the British government agreeing to a level playing field (common rules and standards) in the area of, among others, environmental protection, labour standards, and state aid, and on the conclusion of a satisfactory agreement on fisheries. This is a necessity due to the UK’s geographical proximity, level of interconnectedness and already high level of existing alignment and interdependence with EU rules.

The British government has so far not engaged in negotiations on the provisions ensuring equal competition, the report notes.

The current transition period expires on 31 December 2020. For a new trade deal and overall agreement to enter into force the following day, it needs to be signed at the latest in October by the negotiating sides. The text would then need to be ratified by both the European Parliament and the UK Parliament, and, in case of a so-called mixed-agreement, by the national parliaments of all the EU member states.