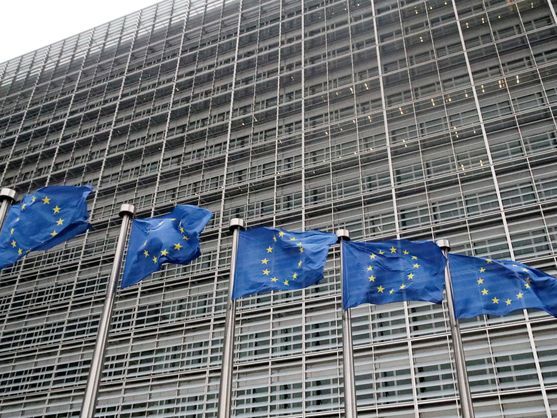 The European Commission has proposed a new instrument for a new, more powerful and agile trade weapon to be able to impose sanctions quickly and decisively against third countries that are subjecting an EU member state to “economic coercion”.

This legal instrument is a response to the deliberate economic pressure to which the EU and its Member States have been subjected in recent years. It will strengthen the EU’s existing set of instruments, allowing it to better defend itself on the international stage. It would also now have an instrument that would allow it, for example, to impose or raise tariffs, restrict intellectual property or exclude third countries from European financial markets.

The aim is to deter third countries from threatening to restrict trade or investment in order to provoke changes in EU policy in areas such as climate change, taxation or food security. The instrument of counter-coercion is designed to curb the escalation of specific coercive measures and induce their suspension, using dialogue as a first step. Countermeasures adopted by the EU would only be applied as a last resort when there is no other way to deal with economic bullying practices, which can take many forms: from explicit trade defence and coercion instruments used by other countries against the EU, to selective border or food safety controls on goods from a certain EU country, to boycotts of products of a certain origin. The aim is to preserve the legitimate right of the EU and member states to adopt political strategies and decisions, as well as to avoid serious interference in the sovereignty of the EU or its member states.

Valdis Dombrovskis, Commission Executive Vice-President and Trade Commissioner, said: “In the current time of heightened geopolitical tensions, trade is increasingly used as a weapon of coercion and both the EU and its Member States have become targets of economic bullying. We need the right instruments to respond. With this proposal we send a clear message: the EU will stand firm in defending its interests. The main purpose of the anti-coercion instrument is to act as a deterrent, but from now on we will have more tools at our disposal in case we are forced to act. This instrument will allow us to respond to the geopolitical challenges of the coming decades, keeping Europe strong and agile.

With this new instrument, the EU will be able to respond to economic coercive actions in a structured and uniform manner, within a specific legislative framework that ensures predictability and transparency and underlines the EU’s commitment to a rules-based approach, including at international level.

The EU will intervene directly with the country concerned to stop economic bullying. If economic bullying does not stop immediately, the new instrument will allow the EU to react swiftly and effectively, offering a tailored and proportionate response to each situation, ranging from imposing tariffs and restrictions on imports from the country concerned, to restrictions on services or investment, to measures to limit the country’s access to the EU internal market.

A case in point in recent days is Lithuania, which is in the midst of a confrontation with China after Vilnius facilitated the opening of a Taiwanese diplomatic office in the country. Beijing considers Taiwanese territory to belong to it, so it has taken action against Lithuania, downgrading its diplomatic presence in Vilnius and banning Lithuanian exports from the Chinese market. The Lithuanian government is calling on the EU to help and to close ranks against Beijing.

The Commission’s proposal responds to requests from the European Parliament and several Member States, as set out in the joint declaration of the Commission, the Council and the European Parliament on an instrument to deter and counter coercive action by third countries, presented on 2 February. This proposal is part of the EU executive’s attempt to give the European Union a more geostrategic vision that also requires swifter and more decisive procedures.

With this proposal, Brussels wants to ensure that the EU does not fall into “naivety”. If this European Commission wants to be, as its president Ursula von der Leyen claims, the “geopolitical Commission”, the EU executive needs rapid and effective instruments that adapt to a much more unilateral and aggressive world.

This statement followed an in-depth EU-wide public consultation, including an impact assessment, in which stakeholders, particularly business, industry associations and think tanks, broadly recognised the problem of economic intimidation and coercion against EU interests and supported the creation of an EU-wide deterrence instrument.

But the Commission’s proposal is not to everyone’s liking, inside or outside the EU. Although Brussels is talking about this tool as a way of standing up to China or Russia, countries such as Japan have expressed concern that the EU’s new trade weapon would violate World Trade Organisation (WTO) rules. It is an argument that has also been used by some EU member states during the consultation process that began in March, such as Sweden. Many others are sceptical.

The proposal must now be discussed and approved by the European Parliament and the Council of the European Union. It will be considered under the ordinary legislative procedure, whereby the Parliament and the Council will develop their positions internally before negotiating them in trilogues, with the support of the Commission. Over the next two months, stakeholders and citizens will be able to provide additional comments on the proposal, on which the Commission will report to the Council and Parliament.