The European Commission announced today that, as a result of negotiations with Airbnb, the platform has improved and fully clarified the way it presents accommodation offers to consumers, which is now in line with the standards set in EU consumer law.

Airbnb addressed all the demands made by theEuropean Commission and national consumer protection authorities, led by the Norwegian Consumer Authority, to bring their practices and terms fully in line with EU consumer rules.

The Consumer Protection Cooperation Network carried out a joint assessment of Airbnb’s practices and terms of service, under the facilitation of the European Commission and the lead of the Norwegian Consumer Authority (Forbrukertilsynet). The action was launched in July 2018

The cooperation can be activated to enforce various bodies of EU consumer legislation, such as for instance the Unfair Commercial Practices Directive, the Consumer Rights Directive or the Unfair Contract Terms Directive.

More information on Airbnb’s changes and on consumer enforcement actions

Facstheet with the changes of Airbnb

Press release on the meeting with Airbnb – September 2018

Press release on the action against Airbnb – July 2018 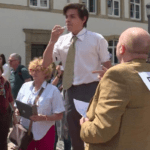