At the 17th Summit between the European Union and Canada held today in Montreal, the EU and Canada reaffirmed their determination to jointly address global challenges in a manner that strengthens the rules based international order, benefits citizens, and protects the planet by delivering on climate change and ocean commitments. 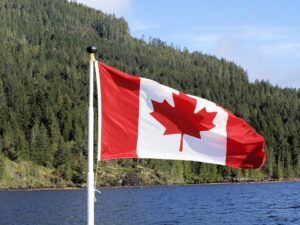 Leaders expressed their resolve for rapid and concerted action to address the challenges facing the multilateral trading system.

The European Union and Canada have agreed a Joint Summit Declaration.

Three years after the signature of the Comprehensive Economic and Trade Agreement (CETA) and the Strategic Partnership Agreement (SPA) the EU and Canada emphasised the progress they have made since.

Thanks to the EU-Canada trade agreement, which is under provisional application since September 2017, the EU-Canada trade relations keep becoming stronger. EU exports to Canada increased overall by 15% in 2018 compared to the previous 3-year average, strengthening even more the EU’s positive trade balance. Most significant export growth has been registered in particular for industrial products such as combustion engines (over 100%), tramway locomotives and parts (+87%) furniture (+21%) and perfumes and cosmetics (+14%). The same trends were registered for several agricultural products, including citrus fruit (+78%), cheese (+33%), pasta (+16%), wine (+10%) and chocolate (+9%).

The Strategic Partnership Agreement (SPA) led to a further strengthening of political dialogue and cooperation between the European Union and Canada across a wide range of areas, from tackling climate change and innovation to working together in the fields of development cooperation and consular protection. The EU and Canada agreed to advance bilateral cooperation digital policy focussing on artificial intelligence, quantum computing and protecting democratic values in a digital world.

At the summit, the European Union and Canada signed an ocean partnership agreement. Ocean governance is a shared challenge and responsibility, and only international cooperation can ensure the conservation and sustainable use of oceans, their resources and ecosystems. The agreement includes clear commitments to combatting the negative effects of illegal, unreported and unregulated fisheries, marine pollution and climate change.  It will also help to facilitate the sustainable development of marine and maritime sectors and the implementation of the 2030 Agenda for Sustainable Development.

Both sides also welcomed the conclusion of the negotiations on a new EU-Canada Passenger Names Record (PNR) agreement, pending its finalisation. They acknowledged the vital role of this agreement in enhancing security while ensuring privacy and the protection of personal data.

The leaders agreed to advance consultation and coordination on foreign policy issues. The Joint Statement demonstrates the European Union and Canada’s consistent and firm collaboration regarding, among other examples, Ukraine, Iran, China, Syria and Venezuela. The EU and Canada will expand practical cooperation to support democracy based on a new arrangement that will facilitate Canada’s participation in EU Election Observation Missions.

The Summit took stock of the successful cooperation between EU and Canada in the framework of the EU’s Common Security and Defence Policy and welcomed Canadian deployments to EU civilian missions in Ukraine (EUAM Ukraine), the West Bank (EUPOL COPPS), Mali (EUCAP Sahel Mali) and Iraq (EUAM Iraq).