The Commission has published a report positively evaluating the work of the European Monitoring Centre for Drugs and Drug Addiction (EMCDDA), the EU Agency on drugs. The report confirms that, over the period 2013 to 2018, the Agency continued to be widely recognised as a true hub of scientific excellence in Europe and internationally, providing factual, objective, reliable and comparable data at European level on drugs, drug addiction and their consequences. This data supports evidence-based policy making on drug control at EU level, and is also widely used by international stakeholders, researchers and practitioners. 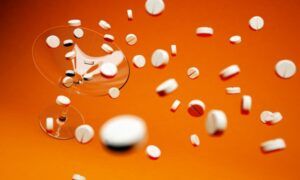 Commissioner for Migration, Home Affairs and Citizenship Dimitris Avramopoulos commented: “The EU Drugs Agency has become a genuine European hub of excellence on the increasingly transnational challenge of drug use and abuse, helping us make more informed and more effective policies at both national and EU level to counter the threats and harms associated with it. I hope in the future the Agency can further improve what it does already both within Europe and beyond in order to meet the challenges ahead.”

The Agency is successfully monitoring emerging threats and trends, a key aspect given that drug demand and supply are part of a dynamic and constantly changing landscape. It continues to play a leading role in the early detection and monitoring of new psychoactive substances, which can cause extremely serious health and social harms, including acute intoxications and deaths. Among the areas for improvements identified in the report, the Agency could further develop its work on monitoring supply-side and poly-drug issues, increase its visibility with practitioners and the general public, and enhance its cooperation with international organisations.