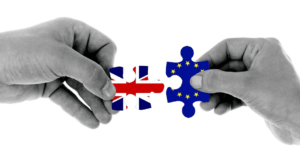 Banks now need to press ahead with implementation of Brexit plans

The European Central Bank (ECB) expressed regret that the United Kingdom is leaving the European Union. However, the ECB welcomes the ratification of the agreement on an orderly UK withdrawal. In recent months and years, the ECB has taken steps to prepare for all contingencies and it will continue to closely monitor developments in financial markets to preserve stability. The ECB stresses that banks now need to press ahead with the implementation of their Brexit plans in accordance with agreed timelines.

The ECB’s President, Christine Lagarde, said: “It is with great regret that we see our British friends leave the European Union. This agreement, however, will pave the way for an orderly and less disruptive departure. We will work hard to ensure Brexit causes as little disruption as possible for the citizens, employers and financial markets in the euro area and the rest of the EU.”

Specifically, the ECB has made the following preparations: