The European Union condemns in the strongest possible terms the reported atrocities committed by the Russian armed forces in a number of occupied Ukrainian towns, that have now been liberated. Haunting images of large numbers of civilian deaths and casualties, as well as destruction of civilian infrastructures show the true face of the brutal war of aggression Russia is waging against Ukraine and its people. The massacres in the town of Bucha and other Ukrainian towns will be inscribed in the list of atrocities committed on European soil. 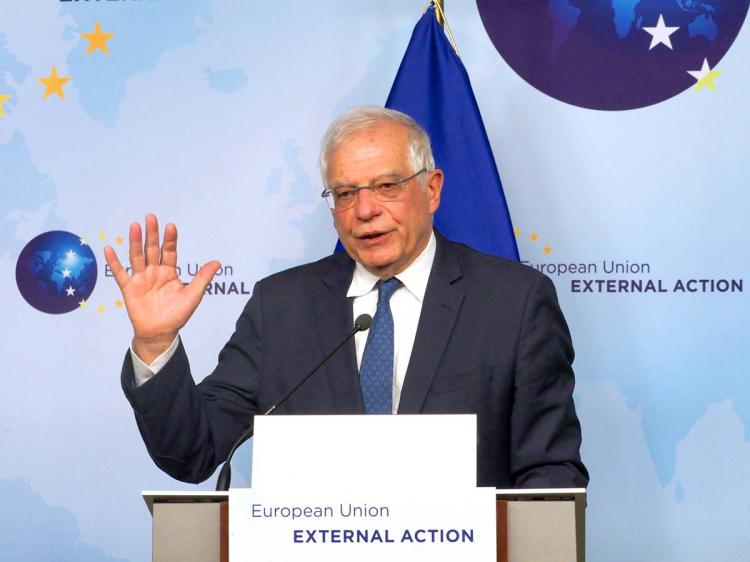 The Russian authorities are responsible for these atrocities, committed while they had effective control of the area. They are subject to the international law of occupation

The perpetrators of war crimes and other serious violations as well as the responsible government officials and military leaders will be held accountable. The European Union supports all measures to ensure accountability for human rights violations and violations of international humanitarian law in Ukraine by Russian Armed forces.

In particular, we fully support the investigation launched by the ICC Prosecutor into war crimes and crimes against humanity as well as the work of the OHCHR Commission of Inquiry. The EU is assisting the Ukrainian Prosecutor General and Civil Society focused on collection and preservation of the evidences of the war crimes.

We stand in full solidarity with Ukraine and the Ukrainian people in these sombre hours for the whole world. The EU will continue to firmly support Ukraine and will advance, as a matter of urgency, work on further sanctions against Russia.

President Putin must stop this war immediately and unconditionally.