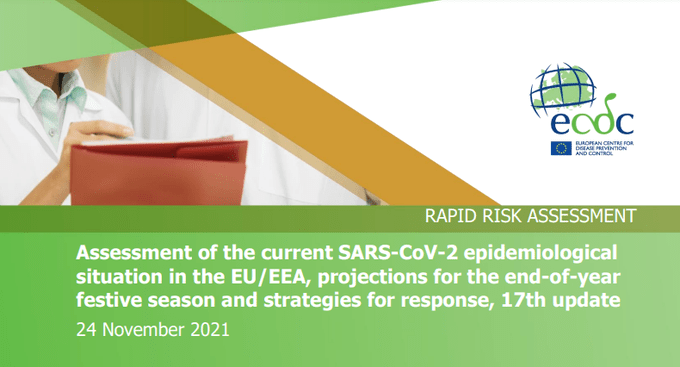 The European Centre for Disease Prevention and Control (ECDC) has issued a new report, in which it considers that the third dose should be applied 6 months after receiving the full course.

The European Centre for Disease Prevention and Control (ECDC) has issued a new report, which assesses the risk of the population to the evolution of the pandemic until 31 January 2022, where it calls on EU and EEA countries to focus their actions on vaccinating the unvaccinated; maintain public health measures in place during the holidays and, where possible, administer the booster dose to the over 40s, elderly and vulnerable people now.

Following its publication, European Commission President Ursula von der Leyen said that “it is clear that we must intensify vaccination to control the pandemic” and hoped to be able to “convince” the population that still resists inoculation. “The booster should be available for all adults, with priority for the over 40s and vulnerable population, and let’s continue with distance and masks,” Von der Leyen said, in line with the ECDC’s recommendations.

New @ECDC_EU risk assessment is clear: we must step up vaccination to control the pandemic.⁰
We want to convince people to get vaccinated.⁰
Boosters should be available for adults, with priority for people over 40 and vulnerable people.⁰
And let's keep distance and masks!

The report warns that the current average level of vaccine uptake in the EU will be insufficient to limit the burden of COVID-19 cases and hospitalisations during the winter months. It therefore urges countries to give the highest priority to those people initially targeted by COVID-19 vaccination programmes who remain unvaccinated or who are not yet fully vaccinated.

It also notes that COVID-19 vaccination coverage should be increased in all eligible age groups, but particularly the elderly, the vulnerable and health care workers should remain the priority for public health authorities. “There remains an urgent need to close immunity gaps in the adult population and ensure effective and equitable coverage in all countries and regions of Europe,” it warns.

The ECDE also directs National Immunisation Technical Advisory Groups (NITAGs) to consider the possibility of a booster dose for the over-40s, targeting the most vulnerable and elderly. While opening up consideration to adults over 18 years of age at least six months after full immunisation.

“Given that pressures on health systems may arise due to the co-circulation of other respiratory viruses, non-pharmaceutical interventions (NPIs) should be implemented or strengthened now, with efforts to communicate the importance of these measures early, to reduce contacts and mixing during the year-end holidays,” the report argues.

The report warns that the weekly rate of vaccination in the region has “slowed down”, and, if anything, continues to develop as the younger population joins. For this reason it calls for reaching the unvaccinated, as only 65.4% of the total population and 76.5% of the adult population is currently fully vaccinated.

Four countries still report less than 50% of full vaccine uptake in their population. In this respect, it notes that “there remains an urgent need to close immunity gaps in the adult population and ensure effective and equitable coverage in all countries and regions of Europe”.

Predominance of the Delta variant

The ECDC recalls that vaccination continues to successfully prevent deaths, reduce hospitalisations and transmission in the EU/EEA, despite the emergence and continued dominance of the Delta variant, which is up to 60% more transmissible than the previously dominant Alpha variant (B.1.1.7).

While the burden of COVID-19 is particularly high in several countries experiencing low vaccine uptake, there is evidence of an increasing burden even among countries with higher uptake. The current epidemiological situation is largely due to the high transmissibility of the Delta variant, he warns.

“There are still too many individuals at risk of severe COVID-19 infection whom we need to protect as soon as possible. We need to urgently focus on closing this immunity gap, offer booster doses to all adults, and reintroduce non-pharmaceutical measures” – ECDC Director Andrea Ammon on the latest, 17th update of the Rapid Risk Assessment on COVID-19.

Christmas, a hotspot of infection

The Christmas season is traditionally associated with activities such as social gatherings, shopping and travel, which the ECDC says presents “significant additional risks” for intensified transmission of the Delta variant. “Delta variant infection is expected to be very high in December and January unless protective measures are implemented in combination with continued efforts to increase population-wide vaccine uptake,” it warns.

“Model forecasts highlight the need for protective measures (hygiene, mask and distance) as an immediate measure to control transmission, in combination with the launch of booster doses of the adult vaccine, which should be prioritised for people aged 40 years and older, at least six months after completion of a primary vaccination schedule. Booster doses will maintain transmission control beyond the immediate impact of the implementation of hygienic safety measures,” he says.

On the other hand, on the digital COVID certificate, a global standard and the only system currently in use internationally for travellers, he warns that evidence for a decrease in SARS-CoV-2 transmission at the national level when used for domestic purposes, such as for access to large events, restaurants, cinemas or museums, is “limited”. 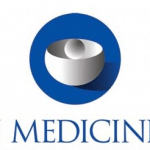