As market matures, Central Banks conclude that a formal gold agreement is no longer necessary 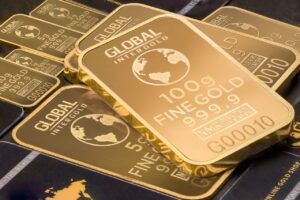 The first Central Bank Gold Agreement (CBGA) was signed in 1999 to coordinate the planned gold sales by the various central banks. When it was introduced, the Agreement contributed to balanced conditions in the gold market by providing transparency regarding the intentions of the signatories. It was renewed three times in 2004, 2009 and 2014, gradually moving towards less stringent terms.

Since 1999 the global gold market has developed considerably in terms of maturity, liquidity and investor base. The gold price has increased around five-fold over the same period. The signatories have not sold significant amounts of gold for nearly a decade, and central banks and other official institutions in general have become net buyers of gold.

The signatories confirm that gold remains an important element of global monetary reserves, as it continues to provide asset diversification benefits and none of them currently has plans to sell significant amounts of gold.