Artificial intelligence (AI) affects our lives more and more. Learn about the opportunities and threats for security, democracy, businesses and jobs.

Europe’s growth and wealth are closely connected to how it will make use of data and connected technologies. AI can make a big difference to our lives – for better or worse – and the European Parliament has established a committee to examine the impact of the technology. Below are some key opportunities and threats connected to future applications of AI. 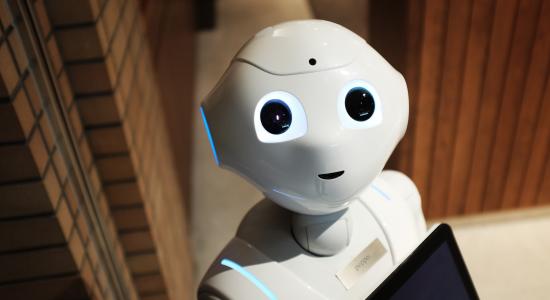 EU countries are already strong in digital industry and business-to-business applications. With a high-quality digital infrastructure and a regulatory framework that protects privacy and freedom of speech, the EU could become a global leader in the data economy and its applications.

Benefits of AI for people

AI could help people  with improved health care, safer cars and other transport systems, tailored, cheaper and longer-lasting products and services. It can also facilitate access to information, education and training.  The need for distance learning became more important because of the Covid-19 pandemic. AI can also make workplace safer as robots can be used for dangerous parts of jobs, and open new job positions as AI-driven industries grow and change.

Opportunities of artificial intelligence for businesses

For businesses, AI can enable the development of a new generation of products and services, including in sectors where European companies already have strong positions: green and circular economy, machinery, farming, healthcare, fashion, tourism. It can boost sales, improve machine maintenance, increase production output and quality, improve customer service, as well as save energy.

AI used in public services can reduce costs and offer new possibilities in public transport, education, energy and waste management and could also improve the sustainability of products. In this way AI could contribute to achieving the goals of the EU Green Deal.

Democracy could be made stronger by using data-based scrutiny, preventing disinformation and cyber attacks and ensuring access to quality information . AI could also support diversity and openness, for example by mitigating the possibility of prejudice in hiring decisions and using analytical data instead.

AI is predicted to be used more in crime prevention and the criminal justice system, as massive data sets could be processed faster, prisoner flight risks assessed more accurately, crime or even terrorist attacks predicted and prevented. It is already used by online platforms to detect and react to unlawful and inappropriate online behaviour.

In military matters, AI can be used for defence and attack strategies in hacking and phishing or to target key systems in cyberwarfare, while the key advantage of autonomous weapon systems is the potential to engage in armed conflict with the reduced risk of physical harm.

Threats and challenges of AI

Underuse and overuse of AI

Underuse of AI is considered as a major threat: missed opportunities for the EU could mean poor implementation of major programmes, such as the EU Green Deal, losing competitive advantage towards other parts of the world, economic stagnation and poorer possibilities for people. Underuse could derive from public and business’ mistrust in AI, poor infrastructure, lack of initiative, low investments, or, since AI’s machine learning is dependent on data, from fragmented digital markets.

Overuse can also be problematic: investing in AI applications that prove not to be useful or applying AI to tasks for which it is not suited, for example using it to explain complex societal issues.

Liability: who is responsible for damage caused by AI?

An important challenge is to determine who is responsible for damage caused by an AI-operated device or service: in an accident involving a self-driving car. Should the damage be covered by the owner, the car manufacturer or the programmer?

If the producer was absolutely free of accountability, there might be no incentive to provide good product or service and it could damage people’s trust in the technology; but regulations could also be too strict and stifle innovation.

Threats of AI to fundamental rights and democracy

The results that AI produces depend on how it is designed and what data it uses. Both design and data can be intentionally or unintentionally biased. For example, some important aspects of an issue might not be programmed into the algorithm or might be programmed to reflect and replicate structural biases. In adcition, the use of numbers to represent complex social reality could make the AI seem factual and precise when it isn’t . This is sometimes referred to as mathwashing.

If not done properly, AI could lead to decisions influenced by data on  ethnicity, sex, age when hiring or firing, offering loans, or even in criminal proceedings.

AI could severely affect the right to privacy and data protection. It can be for example used in face recognition equipment or for online tracking and profiling of individuals. In addition, AI enables merging pieces of information a person has given into new data, which can lead to results the person would not expect.

It can also present a threat to democracy; AI has already been blamed for creating online echo chambers based on a person’s previous online behaviour, displaying only content a person would like, instead of creating an environment for pluralistic, equally accessible and inclusive public debate. It can even be used to create extremely realistic fake video, audio and images, known as deepfakes, which can present financial risks, harm reputation, and challenge decision making. All of this could lead to separation and polarisation in the public sphere and manipulate elections.

AI could also play a role in harming freedom of assembly and protest as it could track and profile individuals linked to certain beliefs or actions.

Use of AI in the workplace is expected to result in the elimination of a large number of jobs. Though AI is also expected to create and make better jobs, education and training will have a crucial role in preventing long-term unemployment and ensure a skilled workforce.

AI applications that are in physical contact with humans or integrated into the human body could pose safety risks as they may be poorly designed, misused or hacked. Poorly regulated use of AI in weapons could lead to loss of human control over dangerous weapons.

Imbalances of access to information could be exploited. For example, based on a person’s online behaviour or other data and without their knowledge, an online vendor can use AI to predict someone is willing to pay, or a political campaign can adapt their message. Another transparency issue is that sometimes it can be unclear to people whether they are interacting with AI or a person. 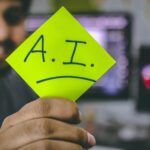