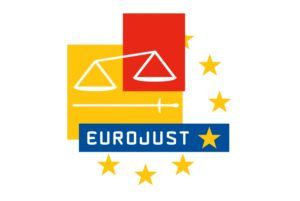 The Dutch, Romanian and Belgian authorities, with the assistance of Eurojust, arrested two Romanian nationals, who are suspected of trafficking in human beings, people smuggling, money laundering and other crimes.

The suspects exploited and partially forced into prostitution a group of approximately 10 women from Romania and the Republic of Moldova in the Netherlands, taking away most of their income. The women involved, who now are no longer victims of the suspects, were sometimes lured into work as prostitutes under false pretences; in one case, the suspicion of abduction was raised. The criminal offences are supposed to have been committed since January 2015.

A total of 6 house searches were carried out over the last two days in Romania and Belgium; one suspect was arrested in the Netherlands and one in Belgium. The Dutch Public Prosecutor’s Office (PPO) Oost-Nederland in Arnhem did not rule out possible further arrests. During the searches, cash, various goods, documents, and different devices were seized.

The favourable outcome of the operation was also due to the setting up of a joint investigation team (JIT) between the Dutch and Romanian authorities. Eurojust supported the case by awarding funding to the JIT, organising a coordination meeting and providing legal assistance. The operation was successfully concluded by the Dutch PPO and National Police Oost-Nederland, Arnhem/Zwolle the Iasi territorial office of the Directorate for Investigation of Organized Crime and Terrorism, Romania, and the Romanian Police. During the joint action day, the PPO and Police of Limburg (Hasselt) in Belgium assisted the operations by making 1 house search and 1 arrest.