As the social and economic crisis in Venezuela continues to worsen, the European Commission is allocating a further €50 million in emergency assistance to help Venezuelans most in need. 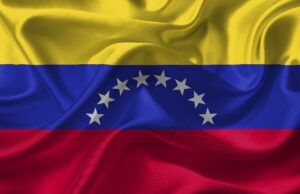 Today’s announcement is also part of the EU’s commitment to mobilise further assistance as stated in the Montevideo Declaration of the International Contact Group. Total EU assistance for the regional crisis now stands at €117.6 million since 2018.

Last year, Commissioner Stylianides visited the eastern Colombian border with Venezuela where thousands of migrants have crossed the Simon Bolivar International Bridge. The EU has been providing support both inside Venezuela and in neighbouring countries for several years, providing funding to humanitarian partner organisations helping people on the ground.

EU humanitarian assistance is allocated following a strict needs based approach, respecting the humanitarian principles of humanity, neutrality, impartiality, and independence. It seeks to alleviate human suffering without any political, economic or other consideration.

Venezuela is going through its fifth year of economic recession and hyperinflation. This situation has caused a collapse of health and education services, scarcity of food and medicines, violence and insecurity. Malnutrition rates among children are at critical levels in certain regions.

The current crisis has triggered unprecedented population displacements. According to the United Nations, an estimated 3.4 million people within the whole region, of which over 1.1 million in Colombia, more than 506,000 in Peru and 221,000 in Ecuador. Many others have fled to other countries in South America, the Caribbean and Central America. This is the largest migratory flow ever recorded in Latin America.

EU aid has helped the most vulnerable groups such as, children under five years of age, pregnant and breastfeeding mothers, the elderly, and indigenous groups. In additional, the European Union continues to be actively working towards a resolution to the multidimensional crisis in Venezuela, recognising that such a solution can only be democratic, peaceful and Venezuelan-owned. On 7 February, the International Contact Group was established. Its clear purpose is to enable the urgent delivery of assistance in accordance with international humanitarian principle, as well as establish the necessary guarantees for a credible electoral process in Venezuela.