Following complaints received about certain Spanish provisions regulating the compensation for damages caused by legislative acts that are in breach of Union law, the European Commission initiated an infringement procedure on 14 June 2017, considering that these provisions are in breach of the principles of effectiveness and/or equivalence. These principles limit the procedural and substantive autonomy of the Member States when they set the conditions for liability in case of breaches of Union law.

Firstly, the Spanish legislation makes compensation conditional on a number of cumulative conditions: there has to be a judgment of the Court of Justice of the European Union declaring a Spanish legislative act to be in breach of Union law; the injured party needs to have obtained, at any instance, a final judgment dismissing an appeal against the administrative decision which caused the damage; and the injured party needs to have alleged the breach of Union law during that appeal procedure. Following established case-law, these conditions make the award of damages by the State for breaches of Union law excessively difficult and thereby violate the principle of effectiveness. 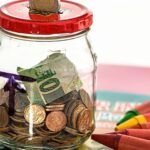